Passion FC: The semi-professional team not afraid to dream big 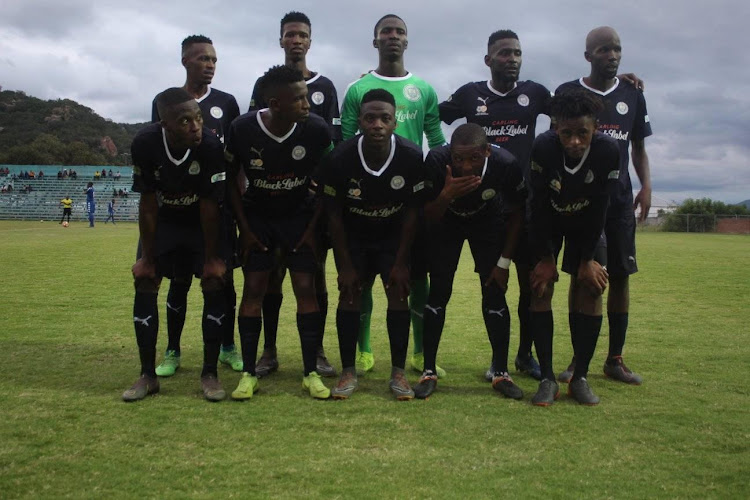 Passion FC players line up for a team photo ahead of their ABC Motsepe League Mpumalanga province match on January 24 2020.
Image: Passion FC/Twitter

For a semi-professional side campaigning in the ABC Motsepe League, the third tier of SA football, Brendon Tshabangu is blazing a trail with the professional manner in which he runs his club.

The challenges of successfully running a lower-tier club in SA are well-documented, with a lack of funds leading to the demise of many a team, but one football-mad young man from Mpumalanga has found ways to upset the status quo.

His team, established in 2018 and nicknamed the Coal City Boys, is succeeding in more ways than one - and in areas where most professional outfits fail.

Passion FC has a professional setup about them - despite their amateur status.

In just two years, they have managed to secure Carling Black Label and Puma as their title and kit sponsors respectively - despite campaigning in a league that is not televised and where its clubs are not obliged to pay salaries to staff or players.

Passion FC has a CEO, an office with full-time administrators and a general manager - and they pay their players’ salaries on time.

It's little wonder then that the Carolina-based team are among eight sides out of more than 400 from the SA Football Association (Safa) amateur structures countrywide who have managed to qualify for the last-32 round of the R7m Nedbank Cup.

So how did they do it?

“Look, relationships are created, and you work on your relationship after creating it. The achievements did not come automatically,” owner-chairman Tshabangu, 33, told TimesLIVE.

“When we presented to Carling Black Label, they liked our vision and mission and decided to come on board. It’s not only Carling Black Label and Puma - there are other companies also we are talking to. There are local mining companies who have said to us, 'We want to come and work with you next year.'”

Tshabangu is an attorney based in Pretoria and runs a law firm with offices in Johannesburg, Bloemfontein and Nelspruit. He frequently travels between Carolina and Pretoria to attend to Passion FC matters, and relies on Carolina-based optometrist Lucas Mudau as the club’s CEO to run the day-to-day operations at the Coal City Boys.

"We are in the fourth industrial revolution. We needed to look at how then can we bring a brand to be an institution. It’s a very young and inexperienced team that I work with, but it is the willingness, the attitude, the vision they share for the future. We want to create a culture that was not there before. We want everybody to feel they belong to this institution. We want a culture different from what everybody has done before.”

Passion FC will host KwaZulu-Natal and GladAfrica Championship outfit Real Kings in the last 32 of the Nedbank Cup on Saturday. Kickoff is at 3pm at Kameelrivier Stadium in the Lowveld region of KwaNdebele, in the Nkangala district municipality.

Mudau is confident that his team can upset their more illustrous opponents.

Tshabangu and Mudau said the Motsepe League may be semi-professional, but their players are full-time and receive salaries. “We do pay salaries - all our players receive salaries,” said Tshabangu, though reluctant to talk numbers.

“The arrangement between Carling Black Label and Passion FC is strictly confidential in as far as obligations are concerned. All I can say is that the players are employees of the team on a full-time basis, barring a few who still go to school.”

To show their ambition, Passion FC have appointed former Kaizer Chiefs star of the 1990s Frank “Disco” Makua as technical director and ex-Orlando Pirates and Ajax Cape Town left-back Lizo Mjempu as head coach. Makua has since vacated his role but Mudau said he is still has ties with the club.

The team play in sky-blue colours and their badge has the look of English Premier League side Manchester City, one of the richest clubs in the world - and no doubt where this ambitious team is aiming.

Ernst Middendorp has said that Kaizer Chiefs playmaker Khama Billiat was handed to the club’s medical staff in late December‚ with the message not to ...
Sport
1 year ago

For Hungry Lions‚ the unusually named third division team from tiny Postmasburg in the Northern Cape‚ meeting Jomo Cosmos in the Nedbank Cup is a ...
Sport
1 year ago
Next Article