Barker finds his treasure in Mbekile 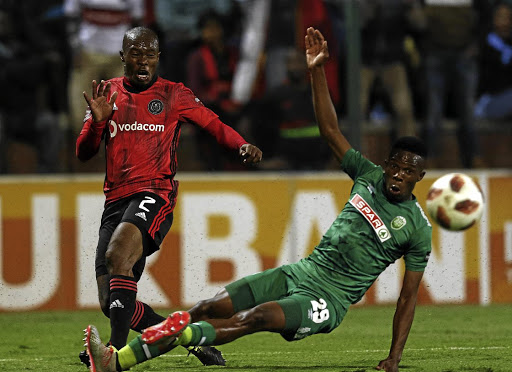 "Asavela Mbekile is a CAF Champions League winner and will bring invaluable experience to our team."

These are the words of Stellenbosch coach Steve Barker after the club signed the experienced defender as a free agent.

The 33-year-old became a free agent after parting ways with Orlando Pirates.

Barker felt that Bucs' loss was their gain.

"I was surprised when Pirates terminated his contract. I have been his long-time admirer ever since he played for Swallows," Barker said.

"When I saw that he was available, I jumped at the chance to sign him. He will add that quality, depth and experience that the team needs. Every chance we get to reinforce the team we will do it. He is versatile. He is a winner and is a player with quality."

Mbekile could make his debut when Stellies face Maritzburg United at the Athlone Stadium tomorrow (8pm).

Steve Barker says he has never felt threatened in his job as Stellenbosch FC recorded a third win in a row at the weekend to move from the relegation ...
Sport
2 years ago

Coach Steve Barker says he has never felt threatened in his job as newly-promoted Stellenbosch FC recorded a third win in a row at the weekend to ...
Sport
2 years ago

The Western Cape side's form has been on an upward trend, having won three and lost two in their last five games in all competitions. In their last game they lost 2-1 to Black Leopards in the league.

Barker is relishing the chance to compete in another cup after he was out of the top flight for four years.

The coach led AmaTuks to the final of the Ke Yona tournament in 2009 where they lost to Moroka Swallows.

"It's always nice to play in a cup competition ... to take the mind off the league. With four wins, you can get into a final and challenge for silverware.

"It's a lot more difficult in a league race where there are 30 games over eight months. That dream run we had at Tuks was 11 years ago, but I remind the players that it's very possible and it can be done."