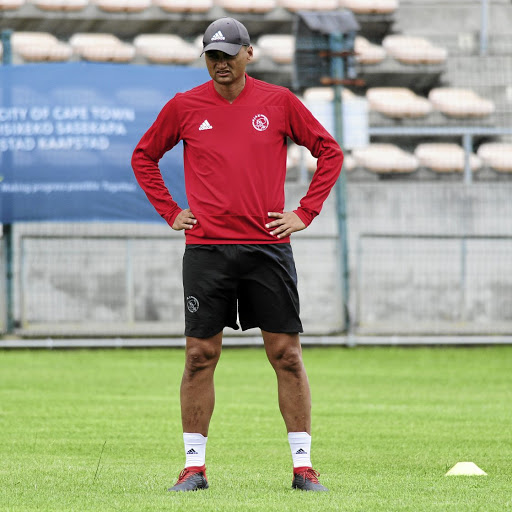 Ajax will take on TS Sporting in the Nedbank Cup last-32 at Athlone Stadium tonight (7.30pm).

Last week, Ajax head coach Andries Ulderink resigned following a rift with the club management. Deane, together with Calvin Marlin, were roped in to be in charge of the team.

"It was a difficult period but the players have adapted well and they deserve full credit, they were fantastic at training since the coach left," Deane said.

"They refocused themselves, they were disappointed but they let it go and focused on the bigger picture of the club.

"This is not about one individual but the whole group, and we want the club to get back to the Absa Premiership next season.

"The players are driving that and they have been fantastic this season."

This will be the second time that Deane and Marlin will be on the bench. They were in charge when Ajax drew 2-2 with Free State Stars at the weekend at Goble Park.

And they believe they are capable of leading the side to success.

"Firstly, with the coach situation when Andries decided to resign, the chairman said to us that we must run the club until they make a decision on what to do.

"Up until now they have not made any [decision]. Regarding us changing anything, I don't think we are going to change, reason being Ajax's philosophy will always be there. Calvin and I will stick to this philosophy."

The Urban Warriors will also be looking to avenge their 1-0 defeat they suffered to TS Sporting on January 15 when they met in the league.

"At the beginning of the season, we set ourselves some goals and ambitions.