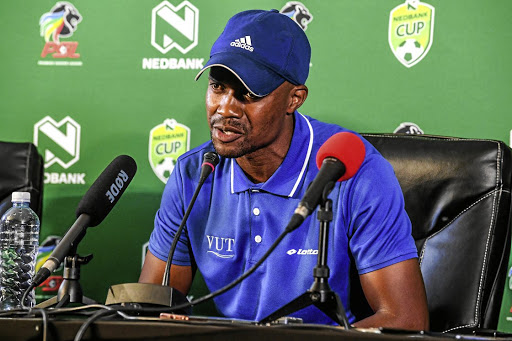 TS Galaxy's success in the Nedbank Cup last year may have inspired many minnows, with Vaal University of Technology (VUT) being one of the teams.

Galaxy, campaigning in the GladAfrica Championship, surprised many last season when they edged Kaizer Chiefs 1-0 in the final to be crowned champions, and now many minnows are looking at that as inspiration.

VUT are hoping to be one of those teams that will cause an upset in this year's competition when they meet Absa Premiership side Golden Arrows in the first round of the competition at Dobsonville Stadium on Saturday (3pm).

The club competes in the Gauteng SAB Regional League where they currently sit seventh on the log standings.

Coach Standford Nkoane believes they are capable of beating one of the premiership side in this competition and warned Arrows not to underestimate them.

"Anything is possible in football. As much as TS Galaxy did it against the biggest team in SA, we can also do it," Nkoane said yesterday.

"We may be from the lower league in the Safa structures, but anything is possible, and I am confident."

While playing in this competition comes with a lot of benefits with one of them being TV exposure and scouts watching, Nkoane knows where their bread and butter is, which is in the fourth division as they aim to get back to the ABC Motsepe League.

"We had a three-year plan where we had to get the team to the ABC Motsepe League because we were relegated in 2016. The following year, we then sat down and we wanted to start from scratch and we want to win the promotion this year."

Minnows want to rekindle magic.
Sport
2 years ago
Next Article