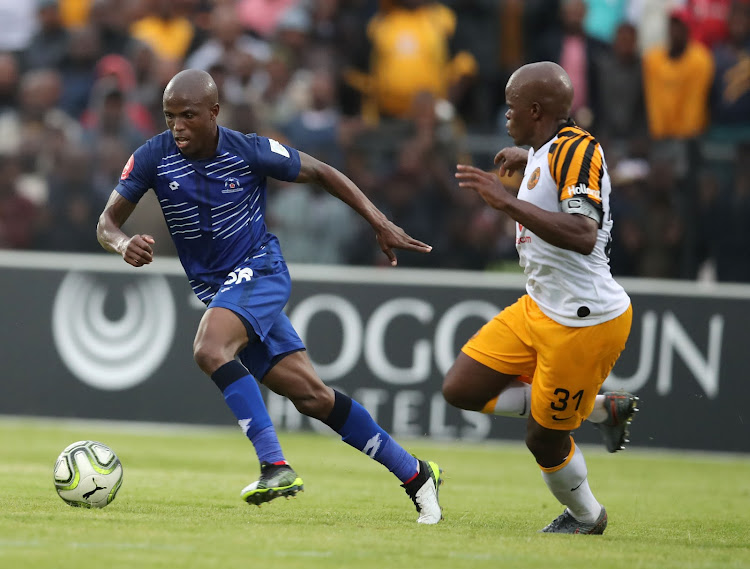 Maritzburg United’s speedy winger Mxolisi Kunene and coach Eric Tinkler are on the same page as far as how they intend to approach their away last 32 Nedbank Cup encounter against in-form PSL rookies Stellenbosch FC on Friday.

Maritzburg have had decent cup runs in recent times‚ losing to Free State Stars in the Nedbank Cup final in 2018 and suffering the same fate against Mamelodi Sundowns in the Telkom Knockout in December last year.

Kunene and Tinkler said they are comfortably placed at sixth spot on the standings and do not have to worry about constantly looking over their shoulder in the league while trying to mount a strong challenge in the last cup competition in the premiership this season.

“It’s a very important game to us‚” said the 28-year-old Kunene‚ who has featured 15 times‚ scored one goal and provided three assists for the Team of Choice in the Premiership this season.

“It’s the last cup competition in the season and we’re ready to play them. Even though it’s an away again‚ we’re still hoping to get the result.

“Our record is not that bad even when we play away. I’m sure we’re going to come back with a good result.”

The left winger’s sentiments were echoed by Tinker who said his charges have done well enough in the league to gun for the SA version of the famous FA Cup in England.

“The approach will be no different to what it is right now.

“I think we’re in the situation where we can take that game very serious‚” said Tinkler‚ who was very disappointed to lose to Sundowns in the Telkom final last year.

“If we were sitting right at the bottom I would think twice‚ but I think we’re in a situation where we’re doing well in the league.

“We have an opportunity now to try and reach another final but the most important thing is consistency and wanting to win.

“Sometimes they haven’t played great football but the mentality has been the right one and they’ve collected the points.

“We also need to remain that way.

“We can’t go into this cup competition and say it doesn’t matter if we lose and you’re just going to carry that mentality into the league matches.

Against Stellenbosch‚ Maritzburg face a rejuvenated side that was very unlucky not to gain their fourth straight league victory when they went down 2-1 away to Black Leopards on Sunday after beating Polokwane City (1-0)‚ Baroka FC (1-0) and Highlands Park (4-1) to move away from the relegation zone.

Ernst Middendorp has said that Kaizer Chiefs playmaker Khama Billiat was handed to the club’s medical staff in late December‚ with the message not to ...
Sport
2 years ago

For Hungry Lions‚ the unusually named third division team from tiny Postmasburg in the Northern Cape‚ meeting Jomo Cosmos in the Nedbank Cup is a ...
Sport
2 years ago
Next Article