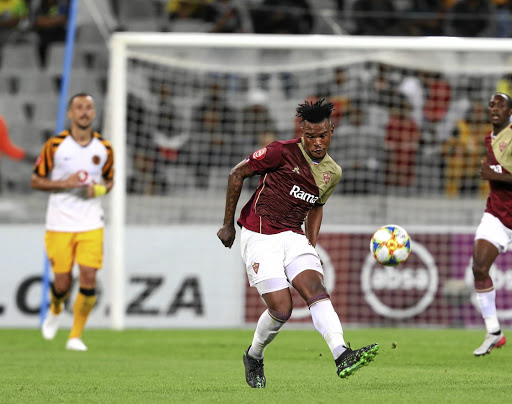 "He's one player I love so much. He's the best passer of the ball in this country. He can play a pass [from] 40 yards, 50 yards. He reminds me of Ernest Chirwali and Roger Feutmba," said Sono of Zungu.

Sono coached Zungu at Ezenkosi during the 2017/18 campaign in the second tier. The talented 24-year old midfielder joined the Buccaneers last Friday from the league's newbies Stellenbosch.

"He's got good physique, he works very hard. he's skilful as well, he can go pass people and he takes shots. Even in dead-ball situations I used to send him to hammer them. For me, this is the best signing. they [Pirates] have had this season."

Regarding their match against Lions, billed for Olen Park on Sunday (3pm), the Ezenkosi boss warned his troops against underestimating the opponents, especially given their poor league form. Cosmos are 14th in the GladAfrica Championship standings, with 19 points from 20 games. "We must play like we always do against every opponent in our league. The biggest mistake... is to take them for granted."