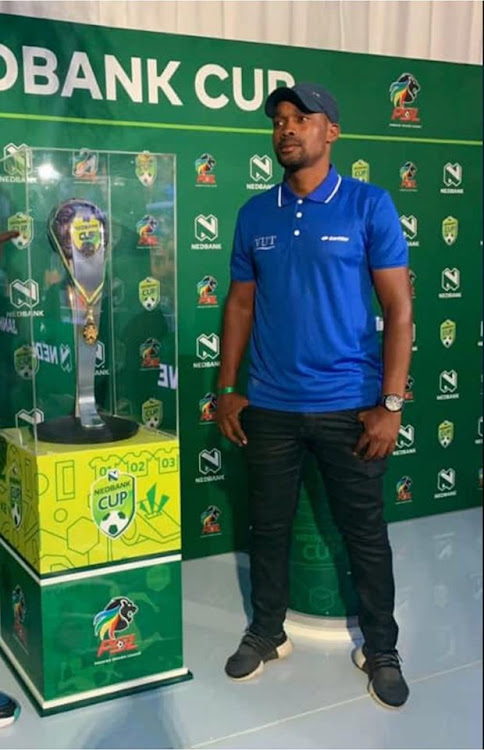 VUT coach Stanley Nkoane says his amateurs will not be intimidated by the stars of Golden Arrows.
Image: VUT FC/Facebook

Coach Stanley Nkoane says “anybody is beatable” as he prepares his Vaal University of Technology (VUT) side for a shot of history when they host Lamontville Golden Arrows in the Nedbank Cup Last 32 at the Dobsonville Stadium in Soweto on Saturday.

VUT are the only fourth-tier team in this year’s competition and are hoping to become the first in South African football history to beat a club from the Premier Soccer League.

“Golden Arrows is a tough team‚ but a beatable team‚” Nkoane tells TimesLIVE.

“But I always say‚ ‘tough times are good for tough people’ and we are going there to compete.

“It is 11 players versus 11 and we are not afraid of anything.

"They can bring whoever they want to‚ we going to compete and not just to play for sake for playing. We know we can win.”

Nkoane says preparations this week have been smooth‚ with the players rising to the challenge and not feeling daunted over facing a team three divisions higher than them on the South African football pyramid.

“We know what we are going to come against. This is football.

Nkoane says his advantage is that he has hours and hours of video to study Golden Arrows‚ while Abafana Bes’thende coach Steve Komphela will know very little about his side.

“Steve is a very good coach‚ a very smart coach‚ but he is an open book to me. I know what to expect. But he doesn’t know me or what I will bring. So we will wait to see what unfolds.”

Nkoane was a former VUT player who retired in 2014 and worked as an assistant until his elevation to the top job in January 2017.

He has at his disposal a young squad made up of students‚ including 21-year-old skipper Sibusiso Mkhonto.

“It is a big honour for me to be captain. I like to lead – on and off the pitch – and so wearing the armband gives me a lot of pride.

"We have a lot of hard work and determination that we put in‚ and that is something I believe in‚” he said.

“We have a few players who have played at the ABC Motsepe League level‚ but none that have been above that. So obviously this is a massive test.

“We are from the lowest league in the SAB League‚ so having to play a top flight team will be quite something. But we will be ready and prepared for them.

“We will not feel any pressure‚ we just need to showcase our talent. The pressure will all be on Golden Arrows‚ especially as they are coming to our home.”

New Zambia coach Milutin Sredojevic explained that he took the Chipolopolo job because of the challenge of getting the team back to the top of ...
Sport
2 years ago

Under-23 coach David Notoane is already percolating a list of possible overage players to compliment his Olympic team squad but will make the ...
Sport
2 years ago
Next Article