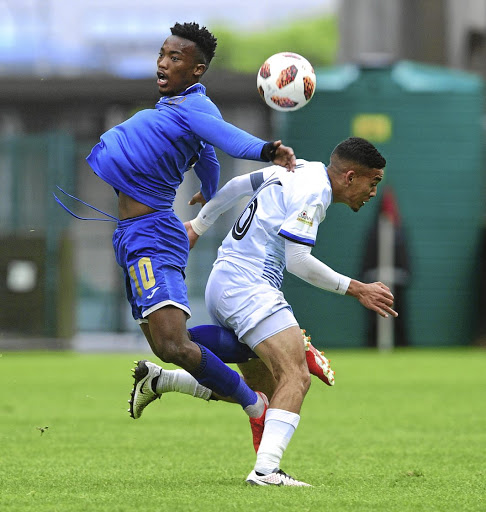 In what is proving to be his breakthrough season, Richards Bay striker Khanyisa Mayo has his heart set on winning the GladAfrica Championship Golden Boot.

At Eagles, Mayo had already netted five goals, while he has since netted three times in Richards Bay colours after five games under the tutelage of Simo Dladla.

However, the former national under-20 centre-forward, who came through SuperSport youth structures, has vowed to fight for the golden boot until the last game of the season.

"I want to keep on scoring until the end of the season. My aim is to win the top-scorer's award. if I can get 10 or more goals, I think I can win it," Mayo told Sowetan yesterday.

"Things are going well for me this season, it's my first time scoring more than two goals in one season [It's his third season in the second-tier]."

The 21-year-old lad from Mthatha in the Eastern Cape is also hell-bent on making the final Under-23 squad to represent SA at the Olympics in Tokyo Japan from July 24- August 9.

"If I can continue scoring, I am confident I can make the Olympics team. I will continue working hard because it's my dream to represent my nation at the Olympics," the Natal Rich Boys marksman said.

Mayo also set the record straight about leaving troubled Eagles, owned by S'bu Mpisane, insisting his departure had nothing to do with the club's off-field drama that stem from its ownership squabble after Mpisane and his wife Shauwn divorced.

"My move to Richards Bay had nothing to do with those things... Richards Bay bought me because they were interested. that's all."