Bidvest Wits gave CAF their all 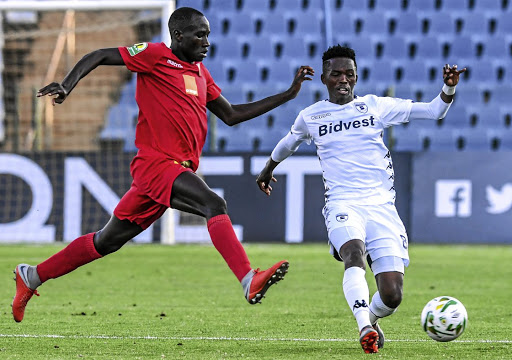 Despite a winless run in the CAF Confederation Cup and a last place finish in their group, Bidvest Wits midfielder Thabang Monare insisted yesterday they had given the competition their all.

Monare, however, conceded they could have done better.

The team's poor form in the continental competition ended with a 2-0 defeat at the hands of Malian side Djoliba at the Dobsonville Stadium on Sunday, a fourth group defeat in six outings for the Students.

They managed just two points, resulting in them finishing at the bottom of Group C in a competition they will want to forget quickly.

"We are disappointed with the performance, the standard was below par," Monare told Sowetan yesterday.

"We know we have to improve. You can see [by] the log and the results that we have not been doing well in the competition."

Wits have been criticised for not taking continental assignments seriously in the past.

What was rather comforting, though, was that this season they managed to get to the group stages for the first time.

They achieved this after failing to do so on three previous occasions, twice under coach Gavin Hunt and once with Roger de Sa after they won the Nedbank Cup in 2010.

Monare insists they always give their all in the competition despite not going far.

"A lot of people say whatever they want to say, we take this [Confed Cup] competition seriously.

"We went out with guns blazing, it is just that it didn't work out. We let ourselves down and we are looking to improve and come back better next time."

With the focus now shifting to Thursday's Absa Premiership clash against Black Leopards and Sunday's Nedbank Cup first round against Orlando Pirates, Monare added that they will be looking to do well in the remaining two competitions.

"We just have to focus on the games coming up and see what happens. The most important thing is to take one game at a time," the holding midfielder said.