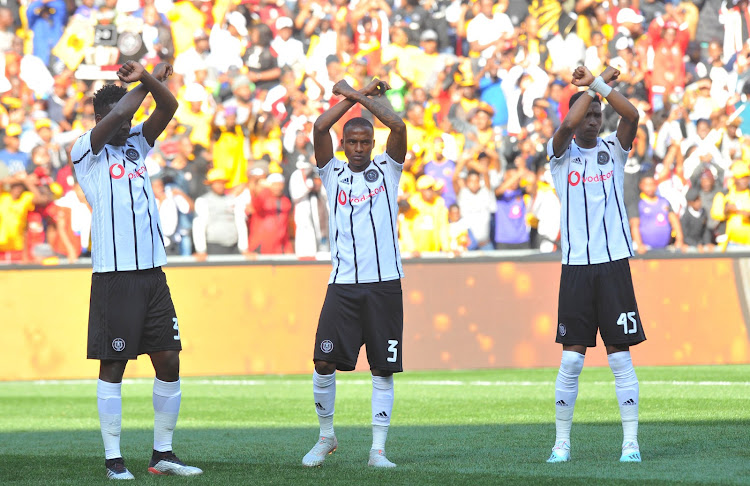 Vincent Pule has revealed what Josef Zinnbauer told his Orlando Pirates players to inspire the side to a spectacular revival since the German coach took over last month.

Pirates have only dropped two Absa Premiership points in six outings under Zinnbauer and they have managed an impressive five wins and a lone draw to move to the fourth place on the standings during a purple patch.

“I think the coach wants the heart more than the talent‚” said Pule.

“I think we’ve showed character and we have to match the efforts of the other teams.

“When you’re playing against Pirates‚ they (opponents) come and they're going to fight‚ and I think we have to be more than them.”

Pirates face Chippa United in Port Elizabeth in their next outing on Saturday and Pule said the German is big on discipline.

“We don’t have to be complacent and start showing off‚ you know‚” said the Bucs left footed midfielder.

“I think we're on the right track and we’ll keep on fighting.”

Pirates have managed a run of five wins and a draw in Zinnbauer's first six league matches as coach but the mentor has continued to downplay talk of challenging for the league title.

But try telling that to the Bucs fans as the club will likely to move to third spot if they beat the Chilli Boys and the other league results of the weekend go their way.

Striker Gabadinho Mhango is one of their best players at the moment and he has benefited the most under Zinnbauer’s guidance‚ scoring seven of his 12 league goals in five matches since the Bucs new coach took over from Rulani Mokwena.