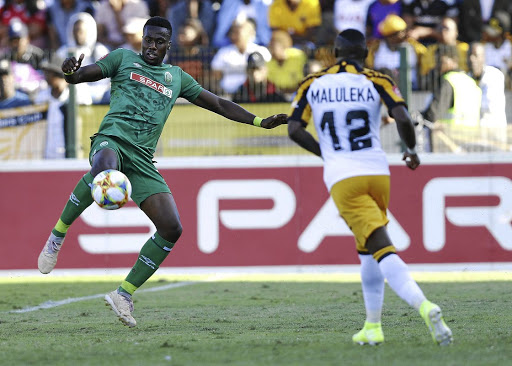 Bongi Ntuli continues to almost single-handedly carry AmaZulu on his shoulders. The striker has incredibly scored all but one of the 11 goals the lowly Usuthu have recorded in the Absa Premiership this season.

No other player in the league can claim to be responsible for 99% of his team's goals.

"I don't see it as a burden, I just see it as trying to help my team to compete and win games," Ntuli told Sowetan.

"We have to try to get out of the situation we are in at the moment [relegation zone]."

He couldn't rescue his team as they lost 1-0 to Orlando Pirates on Saturday.

It would be hard to imagine just how poor Usuthu would be if they didn't have Ntuli scoring for them.

The KZN club are staring relegation in the face as they are bottom of the table with 17 points from 20 games. In fact, the bottom three clubs, AmaZulu, Polokwane City and Black Leopards are tied on the same number of points.

It has been a year since Ntuli signed permanently with the club after an exchange with Mamelodi Sundowns for Emiliano Tade.

Last season the 28-year-old contributed 10 goals in all competitions for the club.

"When I signed a contract here it was because I just wanted to play and I am happy to be doing that. This season has just been difficult because we had some changes in the team and a new coach was brought in."

The forward says the important thing is the team's survival. "I don't care how many goals I score, that is not important. It's no use I score 20 goals but the team gets relegated."