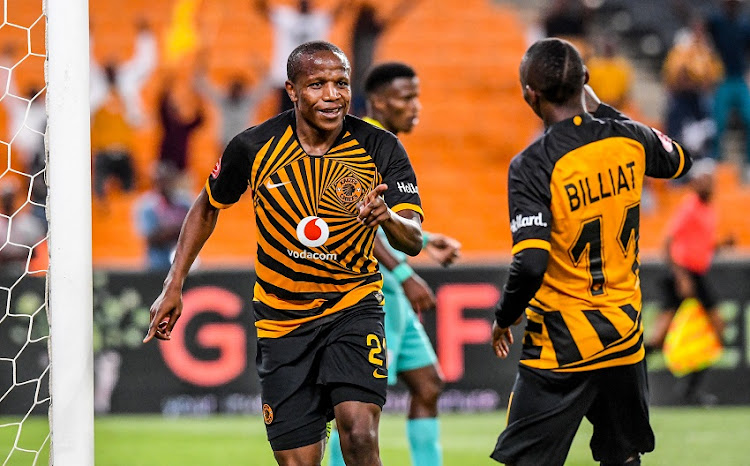 With below-par performances in their past two games, some may be starting to doubt Kaizer Chiefs' title credentials.

At the weekend table-toppers Chiefs needed a stoppage time goal from Lebogang Manyama to overcome Golden Arrows 1-0 in what was a dull affair, characterised by poor decision-making by Ernst Middendorp's men.

The unconvincing victory in Durban came seven days after another sub-standard display, where the Soweto giants succumbed to scorching Venda weather conditions to draw 1-1 with Black Leopards, despite scoring first.

As much as Middendorp has been stressing that results take precedence over attractive displays, in the past two games Amakhosi showed signs of deterioration in many aspects of their game, especially failing to create chances.

Nevertheless, Amakhosi's legendary striker Pollen Ndlanya sees no reason to panic. The retired marksman feels no team can pip Chiefs to the title.

From 19 outings, Chiefs have accumulated 45 points, 10 ahead of second-placed Mamelodi Sundowns, who have a game in hand.

"The fans must just keep calm, everything looks under control. Chiefs won't be distracted at all, the title is going to Naturena," Ndlanya told Sowetan yesterday.

"In Venda, I think they failed to cope with the heat. It's hot there, so you can't really say they played badly. Against Arrows, I agree they didn't pitch, but who cares about that because the team won at the end of the day."

Ndlanya also echoed Middendorp's belief that the results are more important than anything. "As long as the team wins, I don't see a problem. Beautiful football is good, but you must prioritise winning.''

"Trompies" urged Chiefs' senior players such as Willard Katsande, Bernard Parker and Eric Mathoho to step up to the plate in the run-in to the title.

Ernst Middendorp has described the football dished out by his table-topping Kaizer Chiefs in their last-gasp 1-0 victory over Lamontville Golden ...
Sport
2 years ago

This was truly an ugly advert of the beautiful game‚ an error ridden affair that would have been shamed by a spectacle of pot-bellied souls in a ...
Sport
2 years ago
Next Article