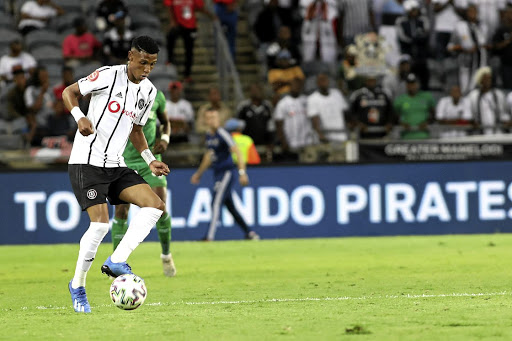 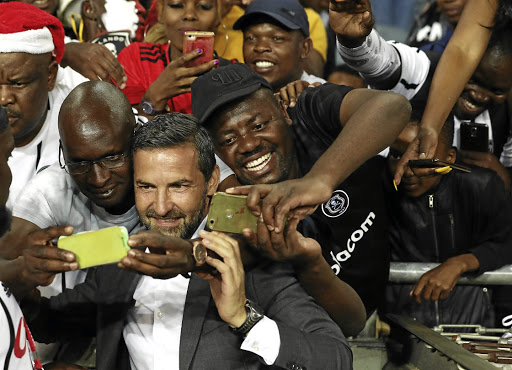 Orlando Pirates' recent magnificent form under the stewardship of German mentor Josef Zinnbauer has left winger Vincent Pule convinced that they can finish the current season in the top-three.

Pirates, who were a laughing stock a few months ago, are now gradually starting to have the last laugh, having now gone eight matches without a loss, with six wins and two stalemates.

Bucs' last league defeat came in November last year when they were beaten 3-2 by their traditional rivals Kaizer Chiefs during Rulani Mokwena's brief stint as their interim coach.

Mokwena oversaw two of this eight-game unbeaten run, while the last six were under Zinnbauer.

After netting the only goal of the match that helped Pirates overcome AmaZulu 1-0 at Orlando Stadium on Saturday, Pule sounded optimistic about the top-three finish. The Sea Robbers are now fourth on the standings, boasting 33 points, 12 adrift off table-toppers Chiefs after 19 outings.

"Our confidence is back and we will keep on fighting. I think it's possible for the top-three, we keep on going until the end," asserted Pule.

The goal against Usuthu was Pule's second of the campaign and the former Bidvest Wits ace implied not scoring was unsettling him a bit.

"It'd been a while since I last scored; the last goal before today [on Saturday] was against Chiefs and I was a bit emotional ... when you're a person who loves scoring and things are not going well for you, you become emotional," Pule stated.

"I was relieved when I scored that goal; we're working hard as a team to do more. We just have to continue. In the first round of the season we didn't play well, but now in this round we know where we're going."

The 26-year-old also reasoned why the Sea Robbers under-performed in the first stanza of the campaign.

"In the first round, we were not scoring enough and we were conceding a lot.

"Now it's better, we are scoring more and quicker goals, first-half we get a lot of chances and we score. We also lacked luck in the first round," Pule explained.