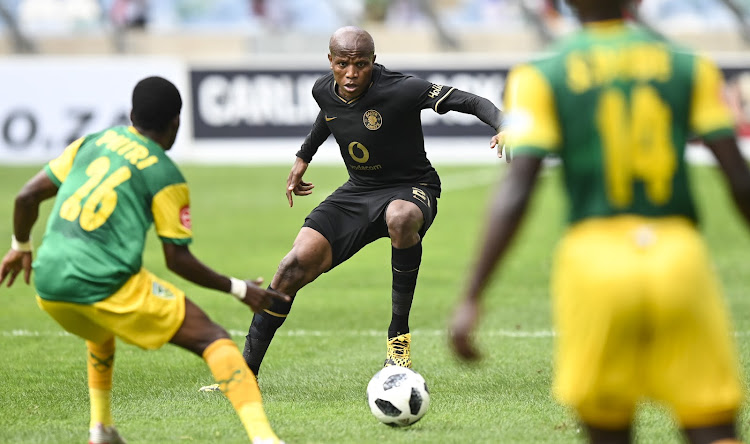 After five long years without winning silverware, Kaizer Chiefs are beginning to dream about winning the Absa Premiership.

And the football gods appear to be smiling on them looking at the manner in which they won their match against Golden Arrows in Durban on Saturday.

With the match seemingly headed to a goalless draw, Lebogang Manyama stepped up with a last-gasp winning strike in the dying moments.

Chiefs coach Ernst Middendorp sounded convinced that his team was on the right track.

"If I'm not mistaken, one or two years ago, the team that won the championship won by 1-0 [scoreline] 12 times. Everybody is in a special competitive mood, that is what you have to know," he said.

"Standing there with the number of points where we are sitting at the moment, there's always something special. I know how opponent teams react when playing against a top team in the league."

Amakhosi extended their lead to 10 points over second-placed Mamelodi Sundowns.

Chiefs could soon be even stronger with star striker Khama Billiat expected back from a spell on the sidelines.

"Khama in mid-December we took him out to strengthen him. His last game was on December 22 in Maritzburg and after that we took him out," Middendorp revealed.

"It can be possible that we get him right in the next two weeks but if we need more time, then we will do that."

With the club having let go out Lorenzo Gordinho (joined Wits) and Kabelo Mahlasela (on loan at Polokwane City), the German coach also suggested that more fringe players could be off-loaded.

"There are not really players on the market at the moment I feel will give us the punch we are looking for. I don't believe there are players who will be coming in this transfer period.

"It's no secret we have one or two players who have been part of the playing squad. We treat them professionally and normal as they are part of us."