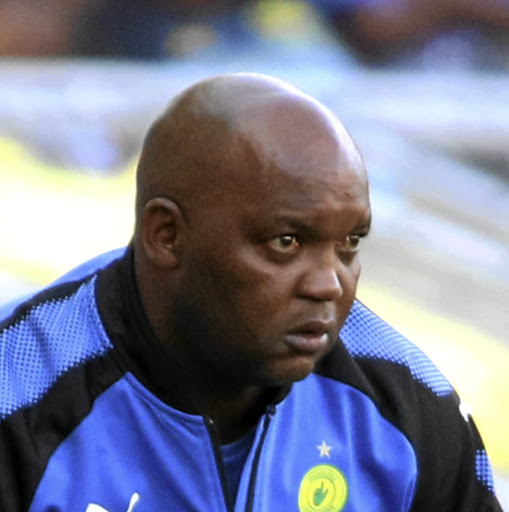 Pitso Mosimane will be hoping that his good friend Steve Komphela can do him a favour this weekend while Mamelodi Sundowns take care of business in the CAF Champions League.

Sundowns will have one eye on their CAF obligations and the other on the Absa Premiership where Chiefs travel to Durban to face Golden Arrows.

The Brazilians are currently in Angola to take on Petro de Luanda in their penultimate Group C match at the Estadio 11 de Novembro tomorrow (3pm SA time).

Downs are top of the group with 10 points from four games.

"The match is a must-win. We have to fight to win to stay on top of the log in the Champions League and we have to fight as well for the domestic league," Mosimane said.

"The odds are against us because there are a lot of different programmes involved, now we have the Nedbank Cup coming. It's a hectic programme; it's not easy."

Sundowns have three wins and a draw in the group. In their last group game they showed their class by cruising to a 2-1 win over USM Alger.

In the premiership, they have 35 points after 10 wins, five draws and three losses.

Mosimane was named PSL Coach of the Month for December. The former Bafana Bafana mentor dedicated the award to his players and support staff.

"Our programme is a hectic one where we always find ourselves involved in three tournaments in seven days.

"And you can't do this as a single person ... I receive it on behalf of the club and everybody involved."

The prospect of working with coach Pitso Mosimane is so appealing to BidVest Wits striker Gift Motupa that he would not say no to a move to Mamelodi ...
Sport
2 years ago

Kaizer Chiefs should perhaps consider getting a psychologist as the mind-games from Mamelodi Sundowns coach Pitso Mosimane heat up.
Sport
2 years ago
Next Article