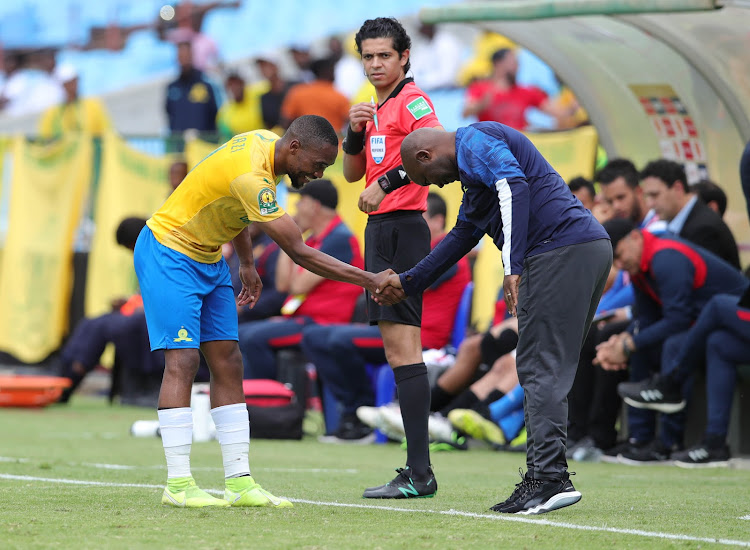 Mamelodi Sundowns have their eyes set on confirming a top place finish in their Champions League group when they meet Angola side Petro de Luanda of Angola in an away from home on Saturday.

Wydad take on USM in Casablanca on Friday looking to maintain second spot with nine points and also book a place in the quarterfinals.

“It is important for us to go there and get three points because you don’t want to play against Wydad in the last match of the group stages looking for a win‚” Mosimane said.

“Wydad want us to win in Luanda because Petro are a threat to them and can still qualify.

"Wydad will want to wrap it up with a win in Casablanca against USM on Friday because they know that they can’t come to Pretoria on the last game having to win.

"They know it is not going to be easy in Pretoria because they have never won there.

“If Wydada win‚ they eliminate USMA and if we win we eliminate Petro. So our match against Wydad could be an official friendly game but we will be top of the log.

"But also Petro still have a life‚ they are on two points and if they win against us they go to five and if they win their last match against USMA they can go to eight.”

“We want to win in Angola so that we stay number one because we don’t want to be fighting in the last match‚ everybody has to do what they have to do and that is how the group is.”

Mosimane said winning the group would help them manage the competition and more importantly ensure that they avoid the big guns in the next round.

“When you manage the competition it is a bit different and you can’t have your cake and eat it‚" he said.

"You wish to eliminate Wydad because you can meet them again later in the competition.

"It’s like when we won this tournament in 2016‚ we had Zamalek in our group but we met them in the final. You don’t want the big boys around there.”