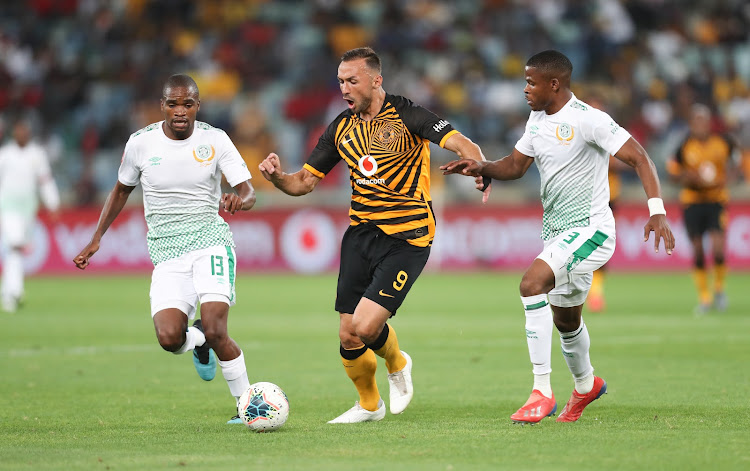 Samir Nurkovic says premiership leaders Kaizer Chiefs have a marksman’s target centred on the back at the moment and he expects their rivals to try to pull the rug from under their feet as the race for the title intensifies in the coming weeks.

Nukorvic said he wasn’t surprise by the fight put up by Black Leopards in Thohoyandou when the relegation-threatened side raised their game to draw 1-1 with Chiefs in a tightly contested encounter last week.

“We respect every opponent and we know that all we have to do is to continue in the same fighting spirit‚” said Nurkovic whose opening goal against Bloemfontein Celtic in December won him the goal of the month award.

“I said it before that every team playing against Chiefs has this extra motivation to do their best. It’s not like in other games.

“Ja‚ every game is tough for us but we’re trying our best.”

It's been a good week for the Serb as he scored his 10th goal of the season against Leopards and then won the Absa Premiership’ goal of the month for December a few days later on Thursday.

Nurkovic scored a hat-trick in Chiefs’ 5-3 league win in Durban over Celtic on December 7 and his award-winning strike came in that game.

Chiefs have had an indifferent run in their last five games where they’ve won two‚ drew two and lost one‚ as the chase for the league title intensifies.

The Serb expects another tough day in the office against Lamontville Golden Arrows at the Moses Mabhida Stadium in Durban on Saturday where victory would increase their lead over second-placed Mamelodi Sundowns to 10 points.

“It’s no surprise that we have the kind of the results we’re getting‚” said Nurkovic.

“We do expect every team to fight and not let us win the way we want. So we’re prepared to fight all the way for the title.

“And it’s not about me and the goals‚ the team comes first.”

Bidvest Wits striker Gift Motupa and Sundowns coach Pitso Mosimane were the other winners alongside Nurkovic in December‚ respectively bagging the player and coach of the month awards.