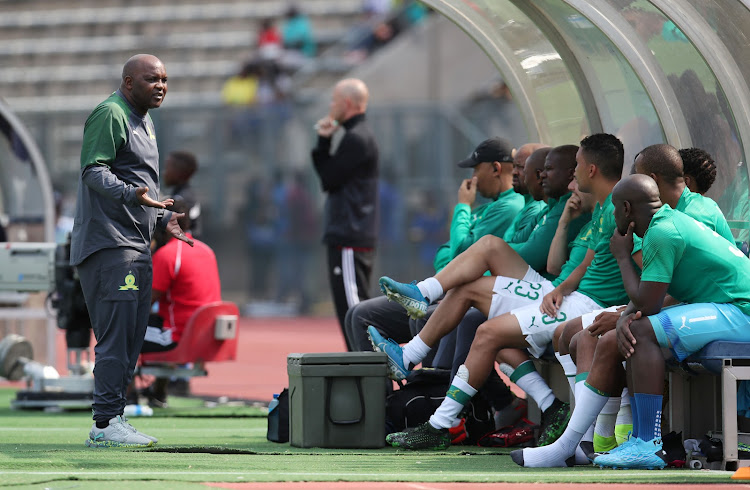 Pitso Mosimane reacts in his technical box during the Tshwane derby win over SuperSport Uinted on January 19 2020 in Atteridgeville.
Image: Muzi Ntombela/BackpagePix

Mosimane revealed early this month that he intends to sign two attacking players during the January transfer window and the former Kaizer Chiefs striker was one of the players he was eyeing.

But Musona elected to remain in Belgium‚ joining KAS Eupen on loan for the remainder of the season from Belgian giants Anderlecht.

“Even with Knowledge Musuna‚ we wanted him but he decided to go to the Aspire programme in Qatar and we can’t match the Qataris with money but it’s okay‚" Mosimane said.

"Ali Meza has recovered from injury and we hope that Mauricio Affonso comes back.

"The challenge with Affonso is that we have never had him all the time‚ he is running and training but I don’t know if we are going to take him to Luanda.

“But we will have him the week after this one‚ if we had him against Pirates it could have been a different story because he is powerful.

"I hope he doesn’t get injured again but we are playing Sibusiso Vilakazi as a striker and we are second on the log and last season we played Lebohang Maboe.”

Coach rubbishes rumours of exit.
Sport
1 year ago
Next Article