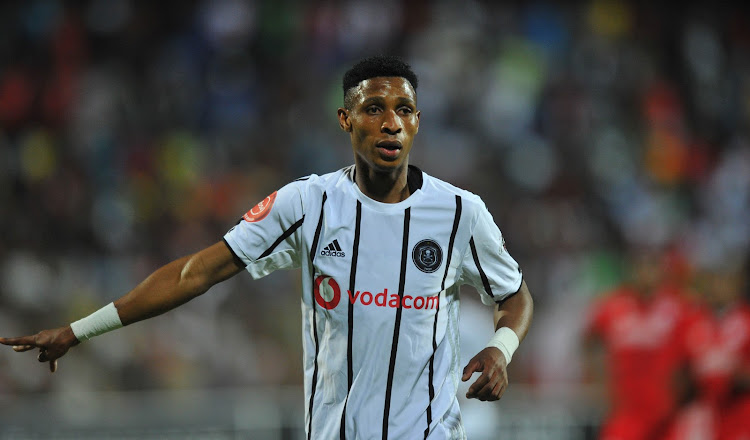 Pule‚ who had already been booked for a foul on Gaston Sirino in the big match at a packed Orlando on Wednesday night‚ went in with an over-the-top challenge on defender Motjeka Madisha‚ who was making a sliding challenge on Pirates’ forward.

It seemed a bookable offence‚ and after the game Mosimane was puzzled at why Pule did not receive another yellow and consequent dismissal.

Downs’ coach said it appeared Madisha‚ who did manage to finish the game‚ would be doubtful for Sundowns’ next tough game against SuperSport United at Lucas Moripe Stadium on Sunday.

Victor Gomes has an agenda on Mamelodi Sundowns FC.

Why didn't Vincent Pule get a yellow card here? I'll tell you why..

“We’re having challenges with Madisha on his leg there. Because when we played Wits we lost ‘Pitso’ [Sphelele Mhulise] for our next match in the Champions League [against USM Alger] because ‘Tyson’ [Thulani Hlatshwayo] went through him‚” Mosimane said.

“This time Pule should have walked – straight. You must see that tackle. He just left the ball and went for Madisha.

“And I know Gomes is very good at those. But he missed that one.

“It’s one of those. So I don’t know if Madisha will be available on Sunday.

“But I think the referee was good‚ except not taking Pule out.”

Second-placed defending champions Sundowns could have gone to within six points of Kaizer Chiefs with a win against Pirates‚ but instead remained nine points behind the PSL leaders after both have played 17 matches.