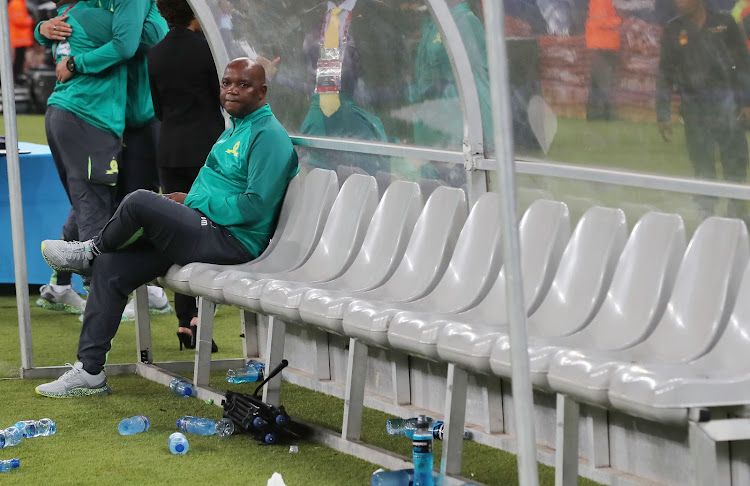 Mamelodi Sundowns coach Pitso Mosimane has admitted that he makes controversial statements in the direction of his nearest competitors in the Absa Premiership‚ which is why this season his target logically has been leaders Kaizer Chiefs.

Mosimane is recognised as perhaps the most skilled practitioner in the PSL of the mind game off the field to try to earn an advantage on it.

He has almost relentlessly had things to say about his perception that Chiefs have “benefitted” from match officiating decisions as a factor in rival Ernst Middendorp’s team leading the PSL.

Mosimane last week extended his congratulations to Amakhosi for their 50th anniversary celebrations.

“And I honestly congratulated them – and that’s a fact‚” he said this week‚ ahead of his second-placed team meeting sixth-positioned Orlando Pirates at Orlando Stadium on Wednesday night needing a win to close the gap on Chiefs from nine to six points.

Mosimane was asked how he thought Chiefs supporters might receive such congratulations‚ given their perception now seems to be Downs’ coach does not have affection for their team.

“But Pirates said that for the last two years. I mean‚ I’m competing‚” Mosimane said.

“I’m competing with them [Chiefs] and I say whatever I want to say – you know me.

“If Wits come up next year‚ I compete. I will say things against them.

“But I’m telling the truth. You must know that. It doesn’t sound good‚ but it is the truth.

“You can never‚ ever tell me that the match officiating mistakes [supposedly in Chiefs’ favour] have not contributed to about nine or 12 points.

“And you can say to me‚ ‘But you also got a penalty one day’. I will accept it.

“If you say to me‚ ‘The penalty of Themba Zwane against Stellenbosch was dicey‚ it didn’t touch him’‚ you know what I do? I accept.

“So when I highlight what changes the log positions‚ and it is true‚ why shouldn’t I say it?”

Sundowns meet a Pirates who have shown early signs of form under new coach Josef Zinnbauer having beaten Black Leopards 3-1 at home win‚ drawn 1-1 away against Bloemfontein Celtic and thrashed 4-1 Polokwane City away under the German.

Chiefs supremo reflects on the joys and pains of the 50-year journey of a club which grew from a garage to a phenomenon.
Sport
2 years ago

A total of 96 referees began their week-long mid-season assessment in Johannesburg on Monday to judge their suitability for the Premier Soccer League ...
Sport
2 years ago

Kaizer Motaung has explained why he wore the jersey No 24 later in his playing career‚ saying he was first given the number when he turned out for ...
Sport
2 years ago
Next Article