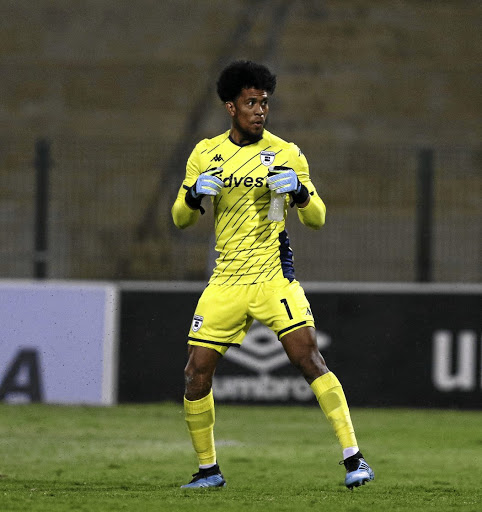 "It's possible." This is Bidvest Wits goalkeeper Brandon Petersen's reaction when asked whether they can still catch up with log leaders Kaizer Chiefs in the run-in to the Absa Premiership title.

Fourth-placed Wits are 14 points adrift of Chiefs, who are on 41 points after 17 games. However, the Students have played four games fewer than Amakhosi, juggling the league campaign with the CAF Confederation Cup group phase.

Hoping to bounce back, from their weekend's 2-1 Confed Cup away defeat to Libyan outfit Al-Nasr, the Students' title credentials will be put to the test when they host Bloemfontein Celtic at Bidvest Stadium tonight (7.30pm).

"For me it [ousting Chiefs] is possible, there are still a lot of games to play. We have not even reached the halfway mark. 15 games. So for us it's more than possible to fight for the title," Petersen told Sowetan yesterday. 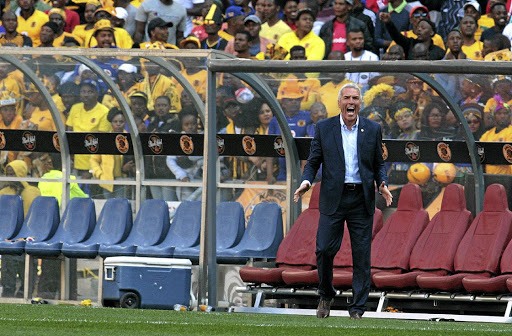 Kaizer Chiefs coach Ernst Middendorp during one their matches. Chiefs has been firing from all cylinders this season.
Image: Veli Nhlapo

"However, we are not focused on Chiefs. We are running our own race.

"We are looking at one game at a time. it's Celtic tomorrow [tonight]. It's very important to collect as many points at home."

Petersen, 25, may be optimistic about their fortunes in the league, but the ex-Ajax Cape Town keeper admits it'll be very hard to advance to the knockout stages of the Confed Cup, where they're bottom of Group C with two points after four games.

"We still have to go to Guinea [to play Horoya] and host that team from Mali [Djoliba], so you can say we still have a chance but it won't be easy now that we haven't won even a single game," said Petersen, who has started three of Wits' four Confed Cup outings this season.

It is not Orlando Pirates’ job to do Absa Premiership leaders Kaizer Chiefs any favours in the league title race‚ Buccaneers winger Luvuyo Memela has ...
Sport
1 year ago

Premiership leaders Kaizer Chiefs could increase their lead at the summit if they get past visitors Cape Town City at FNB Stadium on Sunday ...
Sport
1 year ago

The lad from Cape Town also shared what he has learnt from playing continental football.

"The most important lesson I've picked up from participating in the Confed Cup is that you must will at all costs at home because the going gets even tougher away."