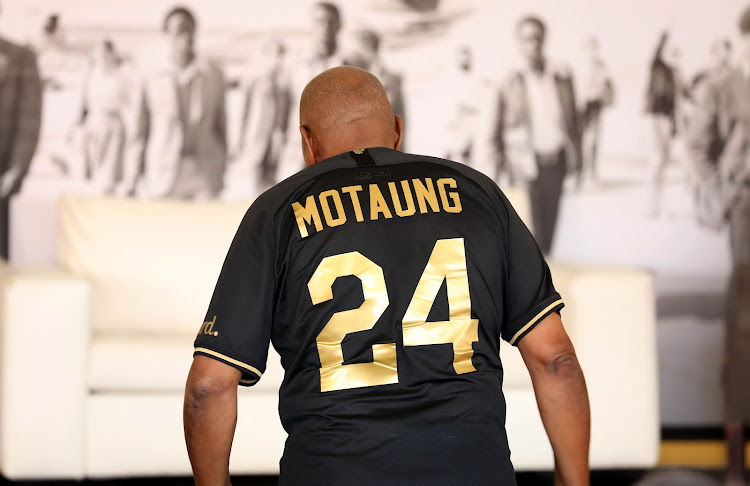 Kaizer Motaung was only 26 when he founded Kaizer Chiefs in 1970.
Image: Gallo Images/Sowetan/Veli Nhlapo

Kaizer Motaung has explained why he wore the jersey No 24 later in his playing career‚ saying he was first given the number when he turned out for the Atlanta Chiefs in the US‚ then brought it home when he founded Kaizer Chiefs.

It was on Motaung’s return home from the 1969 season (his second) in the North American Soccer League (NASL) that he found three teammates and friends – Ratha Mokgoatlheng‚ Edward “Msomi” Khoza and Thomas “Zero” Johnson – had been expelled from his ex-club‚ Orlando Pirates.

Motaung attempted to mediate‚ but was unsuccessful‚ and from that a Kaizer XI was formed in late 1969‚ which on January 7‚ 1970‚ became Kaizer Chiefs‚ the great Soweto club turning 50 this month.

Motaung explained why at Chiefs he never wore the No 10 jersey usually reserved for star playmakers‚ or 11 for his position at left wing‚ and instead wore No 24.

“Before‚ when I was still playing for Pirates I was wearing No 11.

"But when I went to Atlanta‚ because the league had just started‚ so obviously they would have been short of numbers because of their pre-season‚” Motaung said.

“So the number that was allocated to me was No 24. That is why‚ when we started Chiefs here‚ I then continued with the number 24.

“It’s from my days in Atlanta. All my pictures you can see in Atlanta‚ it’s 24.”

Motaung was the NASL’s rookie of the year in the US professional league’s first season in 1968‚ scoring 13 goals in 28 matches helping steer Atlanta to the title.