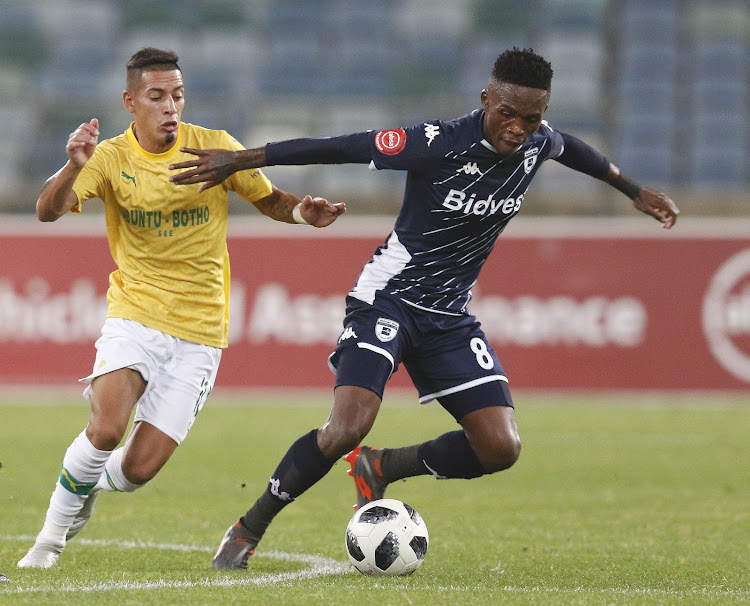 The suspension of Thabang Monare‚ who picked up a fourth yellow card of the season at the weekend‚ is a massive blow to Bidvest Wits ahead of their key Premiership encounter against Mamelodi Sundowns at Loftus Versfeld on Tuesday night.

Monare’s absence has been lamented by coach Gavin Hunt who now has a midfield dilemma as he considers his team selection for the game against the champions.

Cole Alexander and Hashim Domingo will be back‚ after they missed the weekend win away over Stellenbosch FC through suspension‚ as well as veteran winger Dominguez‚ who was sick.

But there is doubt over Terrence Dzvukamanja who suffered concussion in the Caf Confederation Cup tie against Al Nasr of Libya just before New Year and was also missing against Stellenbosch.

“We missed four key players who have started for us every game in the match against Stellenbosch‚ so we did well to get a result.

“But losing Thabang is a big blow because it is always a tough and tight battle in the midfield there against Sundowns.

Hunt is also concerned over the lack of goals from striker Mxolisi Machupu‚ who has scored only twice in this campaign.

“We are not the most fluent team scoring‚ are we?” he said rhetorically.

“We don’t have the most fluent attack‚ we are not blessed up front with strikers who can score 10-15 goals a season‚ so it’s a problem for us.

“But it is something a lot of other clubs are struggling with. We’ve got to try and score.”

In the meantime‚ Wits have released veteran fullback Siyanda Zwane.

Defending champions Mamelodi Sundowns sliced Kaizer Chiefs’ lead at the top of the Absa Premiership table to four points after completing a double ...
Sport
2 years ago
Next Article