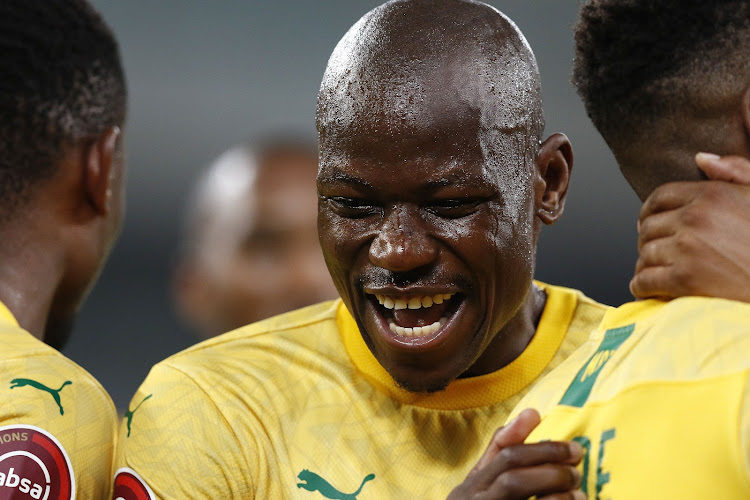 Defending champions Mamelodi Sundowns sliced Kaizer Chiefs’ lead at the top of the Absa Premiership table to four points after completing a double over AmaZulu FC with a 3-0 win in Durban on Saturday night.

Sundowns beat Usuthu 1-0 in Pretoria in a first round league tie that had followed their 5-0 thrashing of the same team in the Telkom Knockout – a competition that Pitso Mosimane’s team went on to win when they beat Maritzburg United 2-1 at this venue in December.

The Brazilians started last night’s match having just learned of Chiefs losing their nine-match unbeaten league run in a 2-1 defeat to third-placed SuperSport United at the Mbombela Stadium in what was Amakhosi’s last match of the opening round just three days before they celebrated their 50th anniversary.

Chiefs’ defeat also brought fourth-placed Bidvest Wits, who beat Stellenbosch FC 2-0 earlier on Saturday, into the reckoning in what now appears likely to be a four-horse race.

SuperSport are now eight point off the pace while Wits carry a three-match in hand advantage as they trail Chiefs by nine points.

Boosted by the news from Nelspruit, the Brazilians started this match on the front foot looking for an early goal which duly came in the fifth minute when Sibusiso Vilakazi finished confidently inside the area after playing a great one-two with skipper Hlompho Kekana.

Wayne Arendse’s great header in the 32nd minute was also brilliantly kept out by AmaZulu goal minder Neil Boshoff as the visitors continued to boss the proceedings.

Chippa United have begun to beef up their squad during the January transfer window‚ the Eastern Cape side signing former Mamelodi Sundowns attacker ...
Sport
2 years ago

But there was no stopping of Themba Zwane finishing Sundowns’ move in the 45th minute when Mkhulise dribbled his way into Usuthu’s area before he was blocked from stabbing the ball in. Zwane took over and rolled the ball in for his fifth goal of the season.

Three minutes into the restart Kekana was to be denied by the upright when he unleashed his trademark long range shot just outside the area following another great build-up that sliced Usuthu’s defence wide open.

Zwane completed his brace from the spot in the 54th minute after Sibusiso Mabiliso had brought down Vilakazi inside the area as the home side looked devoid of ideas of changing the course of the game after the break.

With this victory and 15 matches to go, Mosimane will feel confident about overtaking Chiefs as the Brazilians pursue their third league crown in a row.

The title will also earn Sundowns their 10th league title in the PSL era in a year they’re also celebrating their 50th anniversary.