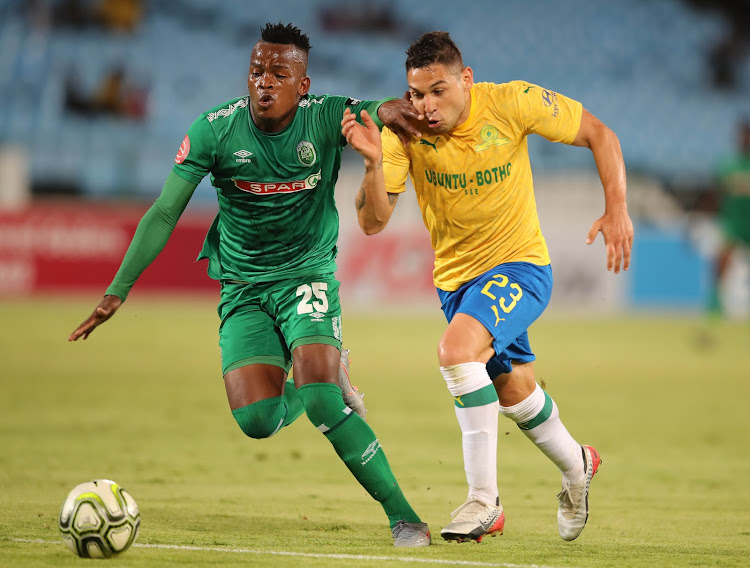 AmaZulu will hope to end an almost three decade-long wait for a home win over Mamelodi Sundowns when they host the Absa Premiership title challengers at Moses Mabhida Stadium on Saturday.

Usuthu have not tasted home success against Sundowns in an astonishing 27 years‚ their last win coming as Tsepo Ntsoane scored the only goal in a 1-0 home victory in 1993 – before South Africa had a fully-fledged democracy.

Ironically‚ AmaZulu have enjoyed good away success against Pitso Mosimane’s side‚ recording wins in Tshwane in the previous two seasons‚ but have found no joy at home.

Siyethemba Sithebe‚ Sphesihle Maduna and Thembela Sikhakhane were not even born the last time Usuthu won a home game against Sundowns‚ the internet had only just been introduced in the country and the Springboks had no World Cup wins.

Not surprisingly‚ then‚ AmaZulu’s overall home record against the Brazilians is dismal‚ with just two wins from 31 matches. There have also been eight draws and 21 defeats.

But it is also a chance for the side to make a major statement under coach Jozef Vukusic‚ though he has yet to beat Sundowns in three previous attempts – two with Polokwane City last season and the other earlier this campaign as Usuthu lost 1-0 in Tshwane.

The 12-placed side could move into the top half with a victory over the second-placed defending champions if other results go their way‚ but two home wins in seven attempts this season shows they have a frailty in front of their own fans.

Part of that has had to do with the dismal state of the pitch at Umlazi’s King Zwelithini Stadium‚ which has not allowed for flowing football that Usuthu do try to play under their Slovakian coach.

The move to Moses Mabhida will negate that‚ but will also make things easier for the ball-playing visitors.

AmaZulu announced on Thursday that they had signed Slovakian forward Milos Lacny on an 18-month contract‚ but he is unlikely to have his work permit in time to play.