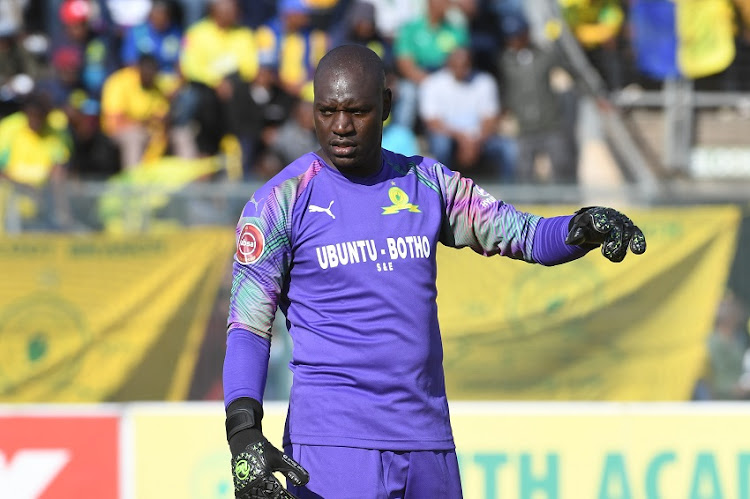 Mamelodi Sundowns goalkeeper Denis Onyango says the whole team can take credit for the three clean sheets out of three they have kept in the Caf Champions League group stages.

Coach Pitso Mosimane might be playing it down, but Sundowns’ 1-0 away win against USM Alger just outside Algiers on Saturday night has almost certainly booked the Brazilians a place in the quarterfinals.

Sundowns, having fallen in the quarterfinals, group phase, and semifinals since their 2016 Champions League title success, appear on a mission in the 2019-20 edition.

They began Group C with a 3-0 home win against Angolan outfit Petro de Luanda, followed that with a 0-0 draw away against recent competition rivals Wydad, then kept a third clean sheet beating USM this past weekend.

“We know that in the Champions League, when you get results away from home it’s easier.

“We create chances. We created chances in Morocco [against Wydad]. We actually scored but the goal was disallowed.

“So, the moment we create chances we need to keep it tight at the back. And that’s what the guys have done.

“We believe that of we can get five clean sheets in the group we always have a chance to score.

“Because we defend from the top. So the team has been doing that very well, especially in the away games.

Onyango’s Zambian teammate Kennedy Mweene was in goal in Sundowns’ Group C opening win against Petro, with the Ugandan No 1 returning between the posts against Wydad and USM.

Sundowns, having had no Christmas break due to their continental exploits, return to Absa Premiership action against AmaZulu at Moses Mabhida Stadium in Durban on Saturday night (kickoff: 8.15pm).