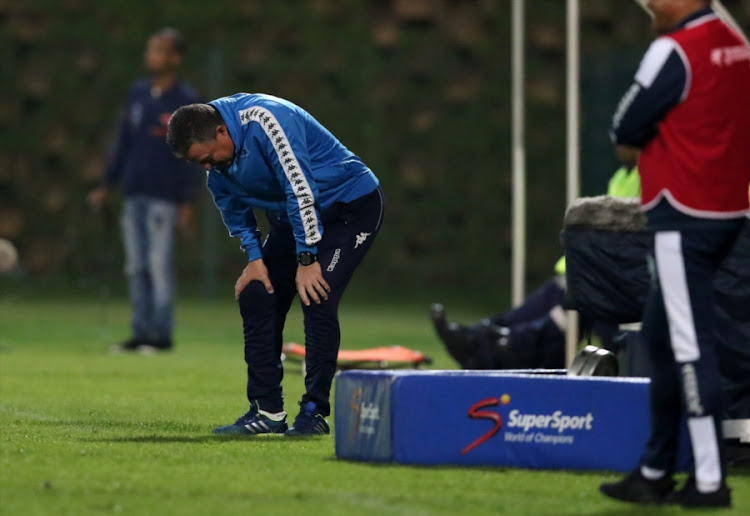 Bidvest Wits will be unable to field their new striker Bienvenu Eva Nga when they meet Al Nasr of Libya in the Caf Confederation Cup on Sunday because of the vagaries of the registration system for continental club competitions.

The Confederation of African Football (Caf) only allow supplementary registrations from January 1‚ even though the clubs are already deep into the group phase‚ leaving Wits frustrated at missing out on the opportunity to field their new man.

The Cameroonian has been bought from Costa do Sol in Mozambique‚ who he helped to the Mocambola title earlier this month‚ scoring 24 goals in the season.

He will likely be the tallest player in the Premier Soccer League‚ although not at the height of Mame Niang but with much more of a work rate.

Wits coach Gavin Hunt had travelled across the border to Maputo in recent months to watch him play‚ and Nga also had a trial period with the club.

Wits also took the Liberian international winger Terrence Tisdell on trial but do not have an open foreigner place for him.

Tisdell played at Baroka FC for the first three months of this season but went back to Mozambique when the Limpopo club did not complete his transfer payment.

Wits‚ still without long term injured pair Simon Murray and Lehlohonolo Nonyane‚ will be looking for their first Group C win‚ having drawn at home to Horoya of Guinea and then lost away in Mali to Djoliba in their previous group games.

Sunday’s’ clash is at the Dobsonville Stadium and kicks off at 6pm.

Al Nasr also have only one point from their opening two group games.

Manchester United manager Ole Gunnar Solskjaer said he was delighted with his young trio of strikers in Thursday's 4-1 Premier League home win over ...
Sport
2 years ago

Mamelodi Sundowns skipper Hlompho Kekana says it is a strange feeling being away from home for Christmas but the sacrifice comes from a strong love ...
Sport
2 years ago
Next Article