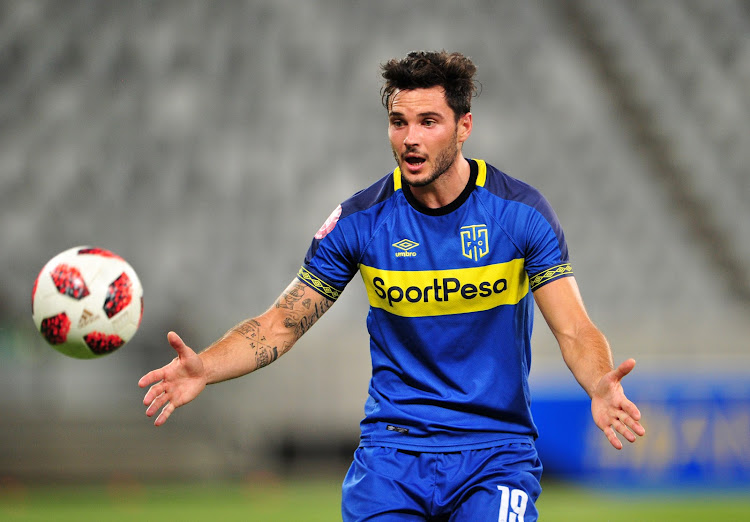 Roland Putsche is using the opportunity of being excluded from the Cape Town City starting line-up to try and fix a broken toe that has been bothering him for weeks.

It is the latest injury setback for the classy Austrian midfielder‚ who has been mystifyingly left out of the line-up since the arrival of new coach Jan Olde Reikerink.

Putsche did not start any of the first three games in charge for the new Dutch coach despite being one of his team’s top performers over the last three years.

With the likelihood of being picked for last weekend’s game against Bidvest Wits diminishing‚ Putsche was allowed to withdraw from both training and the trip to Johannesburg in order to allow treatment on the toe and time for it to heal.

He is expected to be back in action in mid-January and whether he is able to forge a place back in the line-up remains to be seen.

He returned from a knee injury earlier in the season.

During his absence‚ in tandem with that of midfield partner Thabo Nodada from February and September‚ City underperformed and missed his generalship in the engine room.

Olde Reikerink has not explained why he is not using Putsche but after four matches in charge with just two points and no goals‚ he is likely to have to reassess his tactics.

Coach Wedson Nyirenda has confirmed that he has resigned from Baroka FC‚ but says he is not yet ready to give a “comprehensive statement” on why he ...
Sport
2 years ago
Next Article