Sundowns continue to seek success in the Caf Champions League 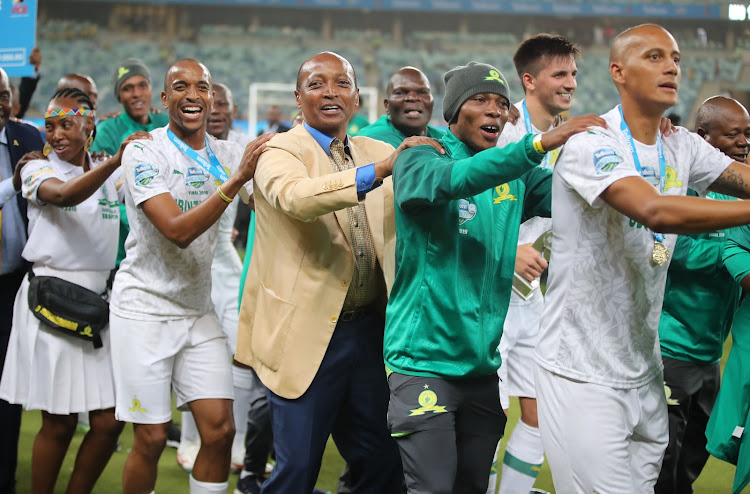 Mamelodi Sundowns will catch the plane to Paris on Monday night and arrive in Algeria on Tuesday afternoon as they continue their Caf Champions League campaign‚ foregoing the holidays as they seek more continental success.

Christmas has effectively been cancelled for the club‚ who depart OR Tambo Airport at 8pm to go and take on USM Alger at the end of the week.

Muted celebrations are planned once the squad arrives in Algeria but the primary focus is on bringing home the points from the Group C match on Saturday.

There is no formal break for the Sundowns squad over the festive season although coach Pitso Mosimane has emphasized rest and recuperation is their primary focus‚ and that training sessions are now at a minimum as games come thick and fast.

Their main obstacle remains fatigue as witnessed at the weekend when they struggled to break down Polokwane City‚ only to eventually win vital points in the Absa Premiership with a late goal.

Now they look to consolidate their hopes of advancing in the Champions League after beating Petro Atletico of Angola in their opening group game and then garnering a valuable away point in Morocco against Wydad Casablanca earlier this month.

USMA have been struggling in the Algerian Ligue 1 where they lie in 11th place out of 16 teams with just four victories from 12 games.

They lost in the league= at the weekend‚ adding to the mounting pressure on coach Billel Dziri.

USMA have drawn their opening two Group C matches against Wydad and Petro‚ so are two points adrift of Sundowns.