Sundowns close the gap on Chiefs with a win over Polokwane 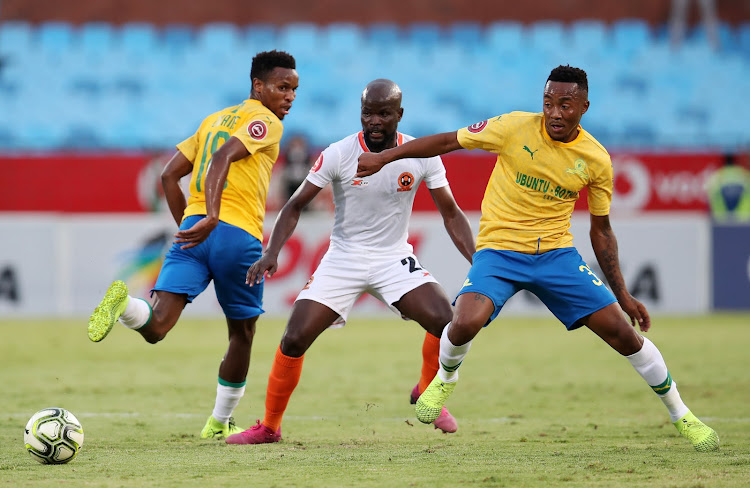 Mamelodi Sundowns needed an 85th minute goal from substitute Sibusiso Vilakazi to beat Polokwane City 1-0 to end the year on a winning note during their Absa Premiership encounter at Loftus on Saturday.

Clearly the dominant side in terms of possession and chances, they wasted chance after chance and needed an Vilakazi in the closing stages to help them over the line.

Before Vilakazi finally broke City’s resistance, Sundowns attackers were lethargic in front of goal as they squandered a plethora of opportunities but coach Pitso Mosimane will not be bothered too much as three crucial points ended in the bag.

The wasteful culprits for Sundowns were mainly Gaston Sirino, Themba Zwane, Lebohang Maboe, Sphelele Mkhulise and Tebogo Langerman on this frustrating afternoon that tested the patience of their supporters.

With this result, Sundowns will end the year second spot on the log while City players will not enjoy their Christmas break as they are perched at the foot of the table and in serious trouble.

Sundowns, who were playing in their sixth match since 30 November and including a return Champions League trip to Morocco via France and a Telkom Knockout final, there is no rest as they change their focus to continental football.

Most of the teams go for the mid-season break but it continues for the Brazilians as they depart for Algeria on Monday to take on USM Alger in the Champions League on Saturday.

This means Mosimane and his soldiers, as he calls his players, will spend Christmas in North Africa and they only return back home to the country on 29 December.

Sundowns launched an attack through Sirino who released Thapelo Morena on the right wing to deliver a cross into the box but Mkhulise’s effort was saved by City goalkeeper George Chigova after three minutes.

The match was temporarily halted in the seventh minute when referee Khulekani Thusi pulled out of the match and he was replaced by fourth official Tinyiko Hlungwani.

As the game continued, Sundowns tried to play heir passing football with the likes of Sirino, Zwane, Jali and Maboe on the forefront but they did not have the killer instinct.

On the other hand, City relied more on the counter attack with Puleng Tlolane Lesiba Nku and Charltom Masumba leading those attacks.

Sundowns missed a golden opportunity to take the lead on the half hour mark when Mkhulise ballooned the ball over the cross-bar from a good scoring position inside the box after he received the cross from Sirino.

The home side continued to attack and they were rewarded after 85 minutes when Vilakazi pounced on a loose ball inside the box to ensure that they end the year on a winning note.