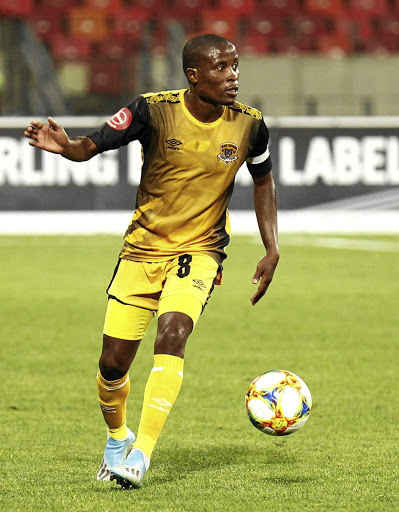 Black Leopards skipper Thabo Matlaba has warned that Orlando Pirates cannot be undermined despite the recent turbulence has hit the Soweto club.

Matlaba is set to face Bucs for the first time since his departure a few months ago. Leopards travel to the Orlando Stadium tomorrow to face the Buccaneers.

Pirates' season has been derailed by the abrupt exit of Milutin Sredojevic back in August. The team struggled to find form under Rulani Mokwena and last week Josef Zinnbauer was announced as the new coach.

"Pirates will remain a big team no matter what happens. The players will have to perform, they don't have a choice," Matlaba told Sowetan.

"When you play at Pirates, it's not about impressing the coach, you must impress the fans. I think the team will be motivated to end the year on a high."

Baroka coach Wedson Nyirenda has emphasised there's nothing sinister about the stripping of Mduduzi Mdantsane the Bakgaga captaincy in favour of ...
Sport
2 years ago

After seven glorious years with the Buccaneers, Matlaba left to start a new chapter in his career. However, the Tembisa-born workhorse has downplayed his return to Orlando.

"I am a professional and I must do the job for my team. I have played against others teams that I've played for in the past and it's no different."

Zinnbauer, the new Bucs mentor, is expected to be in the hotseat for the first time against Leopards. The German will not have an easy start against his tactically astute counterpart Luc Eymael.

Since his arrival to SA in 2016, Eymael has two draws, one win and one loss against the Pirates. The Belgian will be looking to lead Lidoda Duvha to their first win over Pirates.

Black Leopards captain Thabo Matlaba has revealed that there was confusion at Ludoda Divha during the short-lived reign of former coach Lionel ...
Sport
2 years ago

Luc who is making waves

Leopards coach shows his mettle off the bench.
Sport
2 years ago

The Absa Premiership clash between Stellenbosch and Black Leopards should be one to look out for this weekend.
Sport
2 years ago
Next Article