Marlon Heugh plays down come back 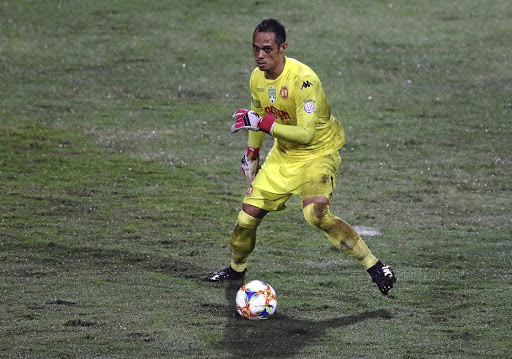 Highlands Park goalkeeper Marlon Heugh may have reclaimed the No.1 jersey from Thela Ngobeni, but the 29-year-old shot-stopper isn't making a big deal out of that.

Starting Highlands' last four league matches could be an indication that Heugh has really toppled Ngobeni as the first choice shot-stopper.

Heugh had started the Lions of the North's first two league games, but Ngobeni, who joined from Mamelodi Sundowns in the winter, dislodged him until the former recouped his berth in the last four games.

"In our department [the goalkeeping] there's no rivalry. It's not about who's playing, but we put the team first. As long as the team performs, we are all happy," Heugh told Sowetan.

Baroka coach Wedson Nyirenda has emphasised there's nothing sinister about the stripping of Mduduzi Mdantsane the Bakgaga captaincy in favour of ...
Sport
2 years ago

"Everyone looks at us and says, 'first choice, second choice', but we don't look at ourselves [as Highlands keepers] like that. We are just a happy family that looks after one another."

Heugh came through the Vasco da Gama (now Stellenbosch) development structures, before joining the Lions of the North in 2014. The hard-nosed keeper is one of a few long-serving players at the Tembisa club, and his longevity has been rewarded by being appointed one of the skippers. "I have been with Highlands since 2014, the club is like my home now.

"It's wonderful to lead the team, but I am not personalising that because I put the team first," said Heugh, who captains the side alongside the likes of Ryan Rae and injured fellow keeper Tapuwa Kapini.

Heugh hopes to maintain his spot in goal when the Lions of the North close off the year by hosting Lamontville Golden Arrows at Makhulong Stadium tomorrow (3.30pm).

Bidvest Wits benefited from an injury-time penalty awarded for an apparent handball, which was slotted by Thabang Monare to earn the Clever Boys a ...
Sport
2 years ago

Eric Mathoho’s deflected shot late in the match sent the 10,000 strong crowd into raptures at Makhulong Stadium as Kaizer Chiefs won a five-goal ...
Sport
2 years ago
Next Article