‘How many games have they played?’ queries Sundowns coach Mosimane 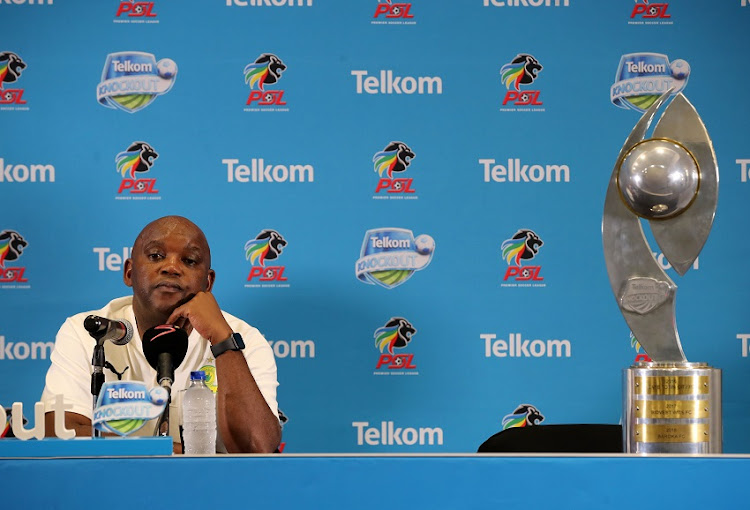 Mamelodi Sundowns coach Pitso Mosimane is hoping that his players will be refreshed when they take on Polokwane City in their Absa Premiership encounter at Loftus on Saturday.

The Brazilians have featured in three matches‚ including the Telkom Knockout cup final‚ since City last played competitively on December 8 where they lost 1-0 to Maritzburg United at home.

“When last did they play‚ can you count the days?” the outspoken Mosimane said with reference to City’s lack of game time.

During the six days where they played three matches‚ Sundowns came from behind to beat Stellenbosch FC 3-1 in the league‚ overcame Maritzburg United 2-1 to win the Telkom Knockout and were held to a 1-1 draw by Wits‚ also in the league.

“It is about 14 days since they played a match and what has happened to us in the last five days – I mean guys‚” Mosimane said.

“Us and Wits are holding the country’s flag high on the continent and it’s not easy‚ it is very tough for us. Sometimes you must give us credit when we don’t win some of the games.”

Struggling City will be well rested when they arrive in Pretoria and Mosimane has asked his changes to soldier on and return to winning ways after they dropped two points against Wits on Tuesday.

“I hope they are not too fresh for us‚ you know. But you can say the same thing with Wits‚ who were not too fresh after their Confederations Cup match in Bamako‚ though they managed come back and beat a fresh Arrows.

“You know how football goes sometimes – it doesn’t mean that when you are fresh you are going to win. We will see what happens against Polokwane. We have a lot of games but we are not a team that you can say you are going to beat.”

After the City match‚ there is no break for the festive season for Mosimane and his men as they have a daunting trip to Algeria‚ where they have a date with USM Alger next week Saturday.

Sundowns go into that match sitting top of their group with four points from two matches and victory away from home will see them significantly enhance their chances of making it to the knockout stages.