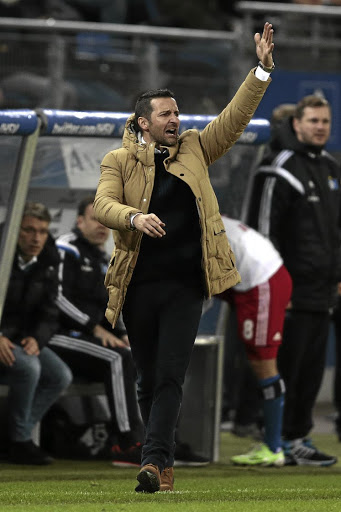 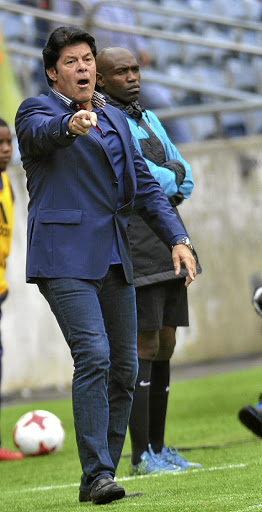 New Orlando Pirates coach Josef Zinnbauer is in for a rude awakening in his first PSL match against Black Leopards.

It has been almost three years since Zinnbauer took charge of a game, with his last coaching stint being with St Gallen in Switzerland in 2017.

Zinnbauer is expected to take charge of his first match at the Orlando Stadium on Saturday (3.30pm).

It was last week Wednesday that the little-known Zinnbauer was announced as the new Bucs coach. By the time the Leopards match comes, the German should have his work permit finalised.

Pirates will still be without suspended winger Thembinkosi Lorch, who was red-carded and missed 2-2 draw against Baroka more than 10 days ago, which was Rulani Mokwena's last game in charge of Bucs.

Leopards coach Luc Eymael is looking forward to welcoming Zinnbauer to the PSL.

New Orlando Pirates coach Josef Zinnbauer's mandate will be to achieve what six men before him failed to do, which is to deliver a trophy to the ...
Sport
2 years ago

"I have played against German coaches before and I know more or less the philosophy and mentality," Eymael said.

"He will put his own touch but I think the patterns of play and style cannot change directly like that.

"I am expecting a tough game as he will not want to disappoint his fans."

The temperamental Belgian tactician believes Zinnbauer will definitely change Pirates' style of play from the formation they played under Milutin Sredojevic and Mokwena - that of three defenders.

"The coach will try to bring his philosophy and will certainly apply another tactical system because most German coaches don't play with three defenders at the back, that's my thinking ... I don't know," he said.

Lidoda Duvha will look to end the year on a high but face a tough battle. Eymael is aware that Bucs players will come out determined to impress the new man in charge.

"It will be up to the players because Pirates players will want to impress the coach. I will inform the players about this.

"They will have to try very hard and show they can compete against a big team."

"Es ist wunderbar!" This German phrase, means "it's wonderful", and it sums up the reaction of Chiefs coach Ernst Middendorp to the appointment of ...
Sport
2 years ago
Next Article