'I wasn't given a fair chance' - Yusuf Bunting 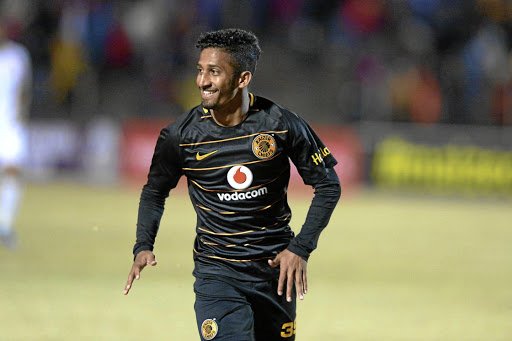 Budding striker Yusuf Bunting has opened up about his unceremonious departure from Kaizer Chiefs after the Soweto heavyweights terminated his contract in October.

Bunting, 23, had come through the Chiefs development ranks before earning promotion to the first team from the MultiChoice Diski Challenge (MDC) side in 2017.

"I [had] signed a four-year contract and I went on loan [to Highlands Park last season], when I came back I still had another two years left on my contract . then I was told I am not part of the team's plans going forward," Bunting told Sowetan.

"I was very disappointed because when Chiefs loaned me out to Highlands, I heard Highlands wanted to buy me, but Chiefs insisted it should be a loan deal.

"We [he and Chiefs] are busy negotiating my package because I was still contracted [to them]."

Up-and-coming Kaizer Chiefs striker Yaseen Bunting is confident he can surpass his older brother, Yusuf, who was also on the books of the Glamour ...
Sport
1 year ago

Bunting feels he was not given a fair chance to prove himself at Amakhosi, where his peers like Nkosingiphile Ngcobo, Happy Mashiane and Njabulo Blom, among others, blossomed after ascending from the MDC.

"I came back from Highlands very motivated and in the first training session after coming back I scored 10 goals.

"To be honest, I think I wasn't given a fair chance to showcase my talent," said Bunting, who's currently in Cape Town, keeping fit by training with third-tier side Santos.

"In that training session where I scored 10 goals, coach [Ernst] Middendorp and [Shaun] Bartlett were there and they looked impressed . I don't know what changed because the coach believes in youngsters, you see, the likes of Blom, Ngcobo and [Siphosakhe] Ntiya-Ntiya are playing under him."

During his loan spell at the Lions of the North, Bunting managed only two minutes of the two matches he featured in.

'Youngsters are still with the first team'
Sport
3 years ago

Gauteng vow to defend U21 title despite overhaul

SAB Under-21 National Championships title holders Gauteng are capable of defending the crown.
Sport
3 years ago
Next Article