Sipho Mbule not resting on his laurels as he seeks fitness 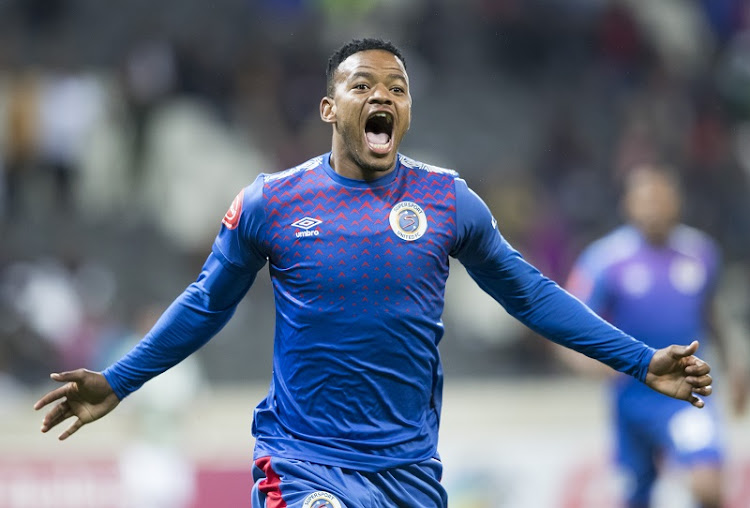 Having played only three full games of the 13 league outings he's featured in this season, in-form SuperSport United midfielder Sipho Mbule is hellbent on improving his fitness levels.

"There's no way a player can say he's satisfied with his fitness level . there is always room for improvement.

"I am working very hard to be in a better shape than I am in," said Mbule, who was named Absa Premiership Player of the Month for November yesterday.

"But I cannot say that the reason I hardly finish a game is because of fitness, I think most of the time I get substituted because of the coach's tactics. But yes, I am determined to have that extra stamina."

Mbule, 21, has taken this season by storm, netting three goals in 13 league appearances. However, the budding midfield maestro is not resting on his laurels. "I want to score more goals and also create more scoring chances for my teammates.

"I am happy with my contributions, but I am not entirely satisfied. I know I can always do better," said Mbule, who was promoted to the first team from the MultiChoice Diski Challenge side in 2017.

The lad from Bethlehem, Free State, also played a crucial part in helping SA Under-23 team qualify for next year's Olympics in Tokyo, Japan, after finishing third at the U-23 Africa Cup of Nations (Afcon) in Egypt last month.

"It was a wonderful experience to compete in such a tournament. What helped us the most is that camaraderie . I mean, most of the guys in that team had been playing together from the U-17 level," the SuperSport midfielder reflected.

"We will give it our best in Tokyo, we don't want to go there and just participate . we want to compete. We have a talented bunch of players and a capable technical team, led by coach [David] Notoane.''

Mbule would be hoping to continue with his blistering form when SuperSport travel to Chippa United for what will be their last match of the year at Nelson Mandela Bay Stadium on Saturday (8.15pm).

A controversial penalty from Ramadan Sobhi set Egypt on the way to a 3-0 win over South Africa in their 2019 Africa Under-23 Cup of Nations semifinal ...
Sport
2 years ago

SuperSport United coach Kaitano Tembo intends to keep faith with the emerging young players in his team for the remainder of the season even if they ...
Sport
2 years ago

"Es ist wunderbar!" This German phrase, means "it's wonderful", and it sums up the reaction of Chiefs coach Ernst Middendorp to the appointment of ...
Sport
2 years ago
Next Article