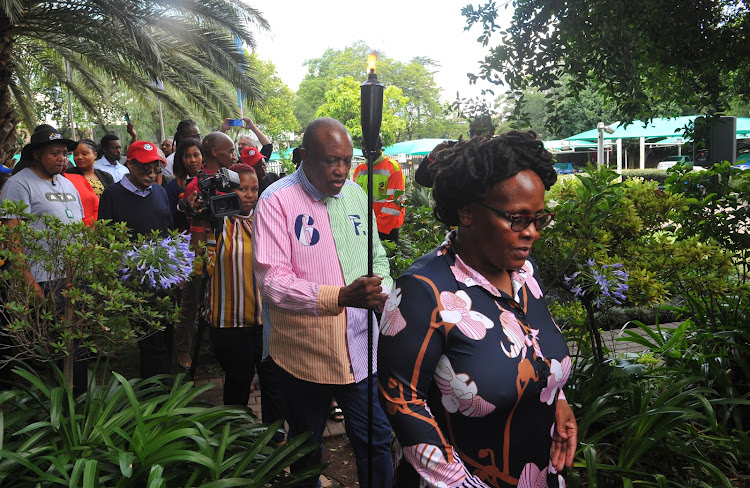 In a press conference afterwards at the event held at the League’s offices in Parktown‚ Johannesburg‚ Khoza pledged R500‚000 to MWM from the PSL.

“As a man‚ it’s a challenge and a call to all the people of my kind that we cannot be bystanders and not participate in making sure that we add the voice‚ and making sure that even those people who are perpetrators who don’t watch television or use social media can hear us and feel us‚” Khoza said.

MWM chief executive Lucy Theledi thanked the PSL for their recognition of an important cause.

“Today I am very emotional because I feel like for the first time we are heard‚” Theledi said.

“We have been knocking on doors‚ all of them closed. Why? Because we’re carrying a very powerful concept that is seeking to bring change. Change that our country is not ready for.

“Because we are harbouring this monster‚ and we do not want to talk about it. So we feel that we should turn a blind eye.”

Emiliano Tade quits Sundowns 'to do other things’‚ says Mosimane

Mamelodi Sundowns striker Emiliano Tade has walked away from the club after deciding he no longer wanted the life of a professional footballer and ...
Sport
2 years ago

Mokwena was removed as head coach after the club experienced indifferent results under him.
Opinion
2 years ago
Next Article