No Christmas break for Bidvest Wits 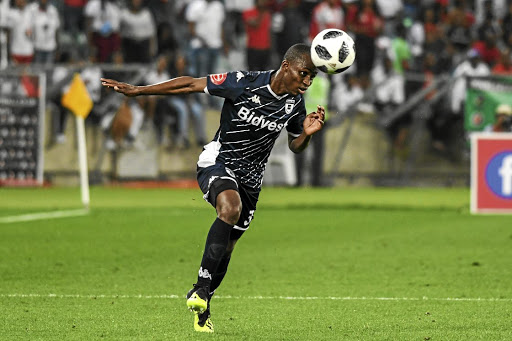 Bidvest Wits striker Terrence Dzvukamanja and teammates will be in camp during the festive season.
Image: Gallo Images

Bidvest Wits attacker Terrence Dzvukamanja says his teammates have made peace with the fact that they will be spending Christmas in camp.

While most local teams go on a break from December 22 until the New Year, the show will go on for Wits as they will continue competing in the group stages of the CAF Confederation Cup.

The university outfit will take on Al-Nasr in a Group B clash in Johannesburg on December 29.

"As professional footballers we must be able to face any challenge. This is our job and careers so there is no debate about it," Dzvukamanja said.

"Our families will have to understand that this is part of the job. We should not be in a comfort zone as players. We should just be prepare to deal with whatever comes our way."

Wits have not had the best start to their maiden group stage appearance after a goalless draw at home with Horoya from Guinea and a 1-0 loss to Djoliba away in Mali.

Dzvukamanja admits that the team was still finding their feet in the continental competition.

"Of course we came into this knowing that the tournament is not easy. The games are different to the PSL and experience is very important," he said.

"It takes a lot because it's not only about football. It's about the travelling and finding tough conditions in the other country."

Due to their CAF obligations, Wits have fallen behind in the domestic schedule as they have only played eight league games while most teams are on 13. Wits are currently ninth with 16 points.

They will take on Golden Arrows in the league at the Sugar Ray Xulu Stadium tonight (6pm).

"We have to get a good run of games in the league and catch up with the guys at the top. It's going to be a tough season because we will have many catch-up games, but I think we will be able to deal with it."

After a goalfest that ended at 4-4 in 120 thrilling minutes, Chippa United edged Bidvest Wits 5-3 on penalties in Saturday night's Nedbank Cup ...
Sport
3 years ago

Gavin Hunt not giving up on the double