Emiliano Tade quits Sundowns 'to do other things’‚ says Mosimane 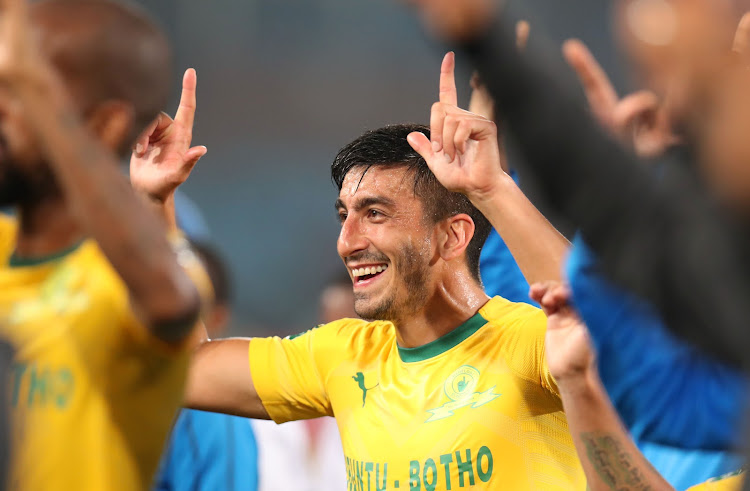 Mamelodi Sundowns striker Emiliano Tade has walked away from the club after deciding he no longer wanted the life of a professional footballer and has quit his contract with the league champions.

A string of injuries since arriving at Sundowns last year have convinced the 31-year-old Argentine-born attacker that he would be better off returning to the life of an amateur player in New Zealand‚ and be able to do other things besides football.

Tade arrived in South Africa in 2018 after spending nine years as a semi-professional with New Zealand club Auckland City.

With them‚ he won the Oceania Champions League and went to the Fifa Club World Cup a record seven times in an extraordinary career for a part-timer.

“Moving to AmaZulu‚ at the age of 29‚ was his first taste of professional soccer‚” explained Sundowns coach Pitso Mosimane.

“In New Zealand he was doing other things besides playing football.

“He decided he wants to go back home. He’s from Argentina but New Zealand is his home.

“I tried to convince him to think about it. I told him ‘you are a talented football player‚ a good footballer. Look at the goals you score’.

“I kept asking him‚ ‘are you sure?’. Even the other South Americans tried to convince him but he wanted to go‚” Mosimane added.

Tade’s decision is costly for the club who paid an estimated R8m to AmaZulu for the player but now get no return on their investment.

A mutual agreement to end his contract means there are no more financial obligations to the player by the club.

Tade netted seven goals in 18 games for AmaZulu before moving to Sundowns‚ where his playing time was limited.

Sinky Mnisi has once again paid tribute to Hatfield VW from Pretoria for assisting the Tembisa United Football Association (Tufa) in making sure ...
Sport
1 year ago

Mokwena was removed as head coach after the club experienced indifferent results under him.
Opinion
1 year ago
Next Article