Struggling Stellies happy with Barker at the helm 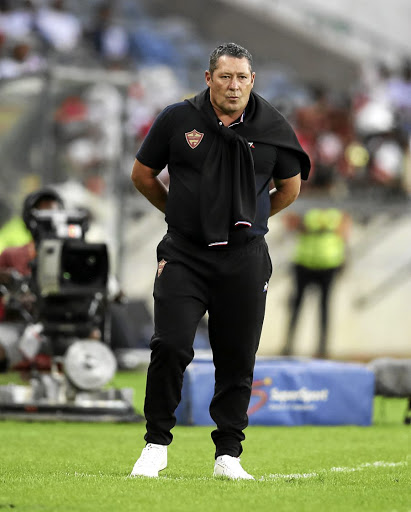 With coaches losing their jobs left, right and centre, Steve Barker at Stellenbosch is the one coach who does not need to worry about his future.

The rookies from the Cape Winelands have had a tough start to the top flight as they find themselves at the bottom of the standings with 12 points from 13 games.

Stellies have a record of two wins, six draws and five losses in the league race. Despite this form, club CEO Rob Benadie insists that Barker is going nowhere.

"We are very happy with Steve and the technical team. It takes a bit of time to gel. Just because we are at the bottom doesn't mean we must look at a change," Benadie said.

"I mean we are three or four points away from the top eight, so there's no need to panic. I think it will pay off in the long run to be stable."

Benadie admits, though, that the team had been going through some teething problems after the squad was bolstered for the new season.

"The log never lies, so it has obviously not been easy for us. We have a tough job on our hands this season."

Sundowns had initially requested to reschedule the match since they will play in the final of the Telkom Knockout on Saturday. The club reneged on their request and opted to play the match rather than for it to complicate their hectic schedule - that includes the CAF Champions League - even further .

"At first we agreed to it that the fixture must be postponed due to Sundowns' tough schedule. But they came back for whatever reason and felt it's better to play the game. So we are fine with playing against them and were always happy to honour this fixture," Benadie said.