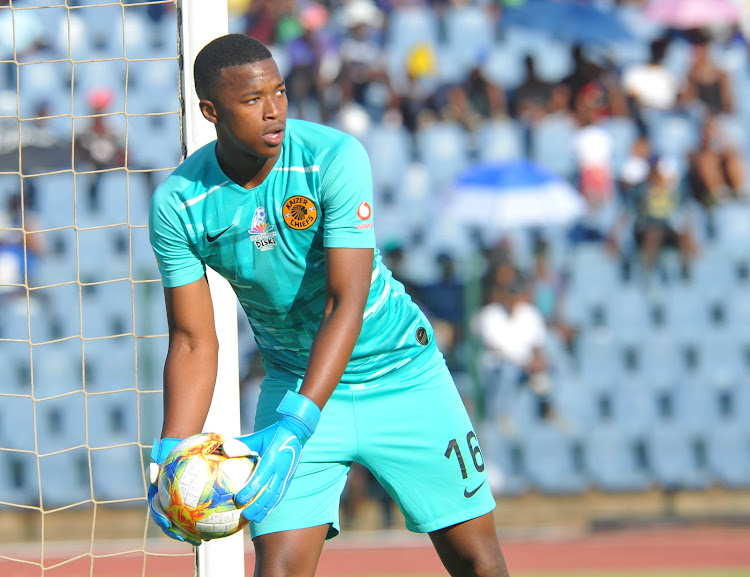 Young Kaizer Chiefs goalkeeper Bontle Molefe is confident that South Africa will be crowned Cosafa men’s Under-20 Championships for the third year in a row as the side faces a crucial final Group B clash against Lesotho on Tuesday.

South Africa have started the tournament with a win and a draw‚ and victory will seal their passage into the next stage.

A draw may also be enough as long as Madagascar don’t better that result against lowly Mauritius.

The 16-year-old Molefe knows his side are in for a fight‚ but feels also that they have it in them to go all the way.

“Lesotho are a good team‚ I have seen them play because they [the coaches] have shown us a bit of footage of them‚” he said.

“They are better than Madagascar in terms of tactics‚ passing and movement‚ and all that stuff‚ but with us‚ I feel like if we have that energy and motivation‚ we will beat them.

“Not to be cocky‚ but we have very good boys here so I think we are the best team in the tournament. I am confident in my boys that we will take this cup.”

Molefe made his Under-20 debut in the 1-1 draw with Madagascar on Sunday‚ and joked he is not looking forward to returning to Chiefs training to have to explain to Itumeleng Khune and Daniel Akpeyi why he conceded a goal.

“I was actually thinking about that they are going to say‚ because we always have this thing about keeping clean-sheets.

"After the tournament I know I am going to have to go back and tell them I conceded in my first game!

“They won’t be mad at me‚ but they will be‚ like‚ ‘OK‚ it’s fine‚ but I wish you hadn’t conceded that goal.’. Hopefully I won’t concede again.”

South Africa have won the Cosafa men’s Uncder-20 Championships for the last two years‚ but could face an early exit this year if they do not get the better of Lesotho.

Molefe admits the young‚ revamped squad is feeling the pressure.

“The pressure was on all of us‚ as a team we go there telling ourselves we have to win this game because it is like the final of the group stages. The pressure is on each of us to perform.

“We want to win‚ as the defending champions we want to continue that legacy and keep it going. We will never slow down or give up.”

Should South Africa progress they will face the best-placed runner-up in the group stages‚ which would either mean a rematch with Madagascar‚ or a fixture against Eswatini.

Hosts Zambia and Angola have already sealed their places in the second semi-final on Thursday.