Middendorp celebrates one year in style 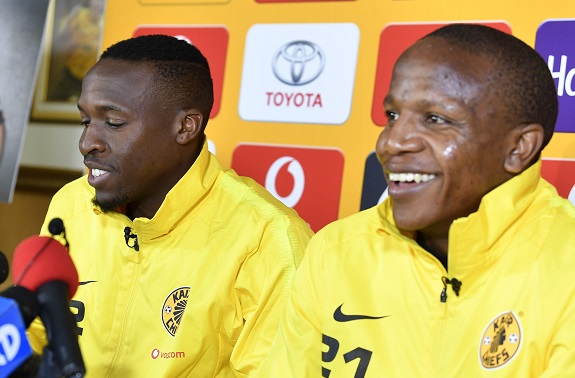 Lebogang Manyama (here with George Maluleka) of Chiefs is confident they will end the year on a high.
Image: Lefty Shivambu/Gallo Images

Kaizer Chiefs coach Ernst Middendorp plans to celebrate his one-year anniversary since returning to the club in style.

Amakhosi will take on Celtic at the Moses Mabhida Stadium tomorrow (8.15pm).

It was on December 7 last year that Chiefs shocked the local football fraternity by firing Giovanni Solinas and announcing the appointment of Middendorp on the same day.

The German was hauled back from the wilderness where he had been working in Thailand to take up what is arguably the most sought-after job in the local league.

The 61-year-old reflected on the one-year mark since his return to Naturena.

"A lot has happened over the year ... when you look at that we were in position nine last year in December and now a year later we are on top of the table," he told Sowetan at their media day yesterday. "I think it's a huge achievement. Of course, there were some changes here and there but in one year we have done well."

Middendorp showed a brave approach to games and has not been shy to field youngsters like Happy Mashiane, Yagan Sasman and Njabulo Blom.

Chiefs have indeed come a long way and are guaranteed to end the year at the top of the table. With their 31 points from 12 games, they recently won the quarter one Q-Innovation.

Amakhosi will face Celtic before taking on Maritzburg in their final match of the year. Midfielder Lebogang Manyama wants to go the full throttle and to extend their healthy lead atop the standings.

"We want to try to take six points from these two coming games. It's a chance to extend the gap at the top. We want to keep our momentum going forward and make our fans happy," said Manyama. "Celtic are playing some of the best football in the country. They have good players like [Ndumiso] Mabena and Lantshane Phalane."

Ernst Middendorp’s frustration about Khama Billiat’s international call-ups to Zimbabwe is that Kaizer Chiefs’ star forward is playing too many ...
Sport
1 year ago

Ernst Middendorp’s frustration about Khama Billiat’s international call-ups to Zimbabwe is that Kaizer Chiefs’ star forward is playing too many ...
Sport
1 year ago

Some 118 minutes of football in 12 months. That is the total game time Kaizer Chiefs goalkeeper Itumeleng Khune has had in the last year.
Sport
1 year ago
Next Article