Kaizer Chiefs reaction to league title talk: Keep inside the bubble so it doesn't burst 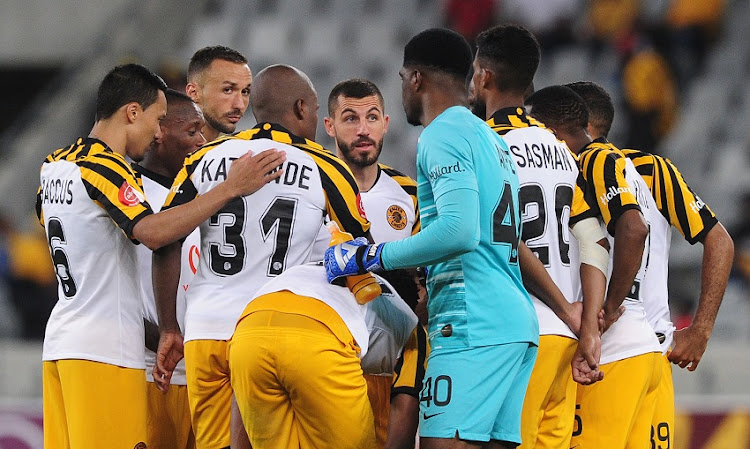 Daniel Cardoso of Kaizer Chiefs talks to his teammates during the Absa Premiership 2019/20 game between Stellenbosch FC and Kaizer Chiefs at Cape Town Stadium on 27 November 2019.
Image: Ryan Wilkisky/BackpagePix

Kaizer Chiefs are blocking out peripheral noise that they look a team capable of winning the 2019-20 Absa Premiership title‚ midfielder George Maluleka has said.

Maluleka‚ at 30 now firmly a senior player at Chiefs‚ said Amakhosi are keeping their focus “inside Naturena” as the league leaders meet Bloemfontein Celtic at Moses Mabhida Stadium in Durban on Saturday night.

“It’s always very difficult. But the focus is just here at Naturena‚ and about us as Kaizer Chiefs‚” the former Ajax Cape Town and SuperSport United midfield star said this week.

“So what anyone is saying on the outside - that we want to win the league or do very well - we just always try to block it out.

Chiefs‚ after yet another trophy hope disappointment losing against Maritzburg United in the Telkom Knockout semifinals two weekends ago in Nelspruit‚ bounced straight back to form in the league with a 4-0 midweek thrashing of Stellenbosch FC.

That result saw Amakhosi maintain a 10-point lead in the PSL‚ and should Chiefs – who have won seven league games in succession‚ manage wins in their final two games before the Christmas break they will find themselves with a healthy points gap at halfway.

Such has Chiefs’ form been that opposition coaches – notably recently Bidvest Wits’ four-time PSL-winning coach Gavin Hunt – have tipped them now as title favourites‚ though there might also be a mind-game element to such a statement.

Chiefs even being early title hopes might have been unthinkable to most ahead of 2019-20‚ after last season was their fourth without a trophy‚ and where they finished in their joint-worst ninth place in the PSL.

Now Amakhosi find themselves trying to keep their feet on the ground lest the bubble burst this season‚ as many still expect it to.