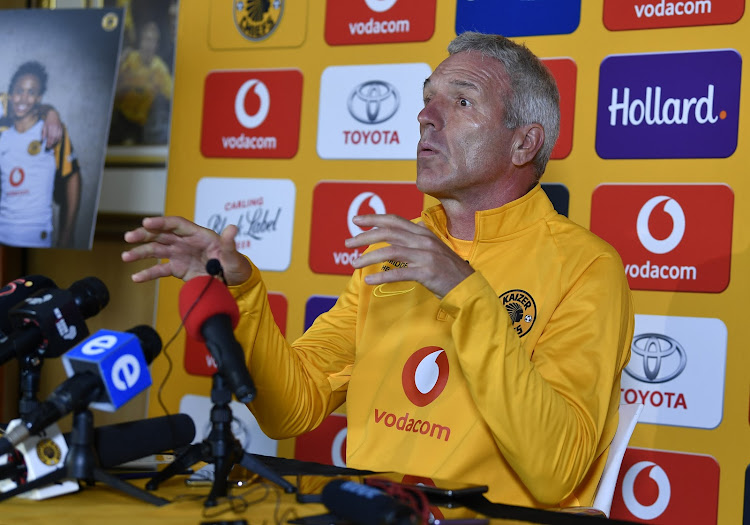 Ernst Middendorp’s frustration about Khama Billiat’s international call-ups to Zimbabwe is that Kaizer Chiefs’ star forward is playing too many matches‚ culminating in him now being rested for two weeks‚ the coach has said.

Billiat has had a busy programme for his national team.

He had no off-season as he turned out for Zimbabwe finishing in third place in the Cosafa Cup in Durban in May and June.

Later in June he was one of the stars of the 2019 Africa Cup of Nations group stages in Egypt.

Middendorp complained when the coach said Billiat carried an injury into World Cup qualifiers where the playmaker played a key role‚ scoring the decisive goal‚ in Zimbabwe’s progression past Somalia in September.

Billiat returned from last month’s 2021 Africa Cup of Nations qualifiers with a tight hamstring that kept him out of Chiefs’ 2-1 Telkom Knockout semifinal defeat against Maritzburg United in Nelspruit.

He returned for the first 50 minutes of Amakhosi’s 4-0 Absa Premiership win against Stellenbosch FC last week‚ but Middendorp said now Chiefs’ medical team have recommended a two-week programme of rest and regeneration for Billiat.

“We said it in September already – I was very vocal about him going to the Cosafa Cup on May 19‚” Middendorp said on Thursday‚ ahead of Chiefs’ PSL game against Bloemfontein Celtic at Moses Mabhida Stadium on Saturday night (kickoff 8.15pm).

“Then he was rushing back to Zimbabwe preparing with their team for Afcon‚ going to Egypt and playing there‚ coming back and we were in the middle of the preseason already.

“We gave him two or three days [of rest]‚ but then of course everybody wants to see him in the Carling Black Label Cup preseason match‚ and he had to rush into it because he was voted in.

"I would not have played him‚ to be very clear.

“And this is the result. He has this tightness. We have to stop it now‚ to not see him end up out for a longer period.

“And I’m happy with this 50 minutes that he got against Stellenbosch‚ and that we did not play him in Nelspruit‚ where it would have been a disaster for him to play. The three or four days more to the Wednesday game gave us a bit of time to reduce the tightness.

“But now we have to be serious. The medical team are very clear – 14 days on a specific programme‚ coming back on December 14‚ playing him probably in a test [friendly] game.

“And then make a decision into December 22. I believe he can be ready for that game‚ then have further treatment [in the Christmas break].”

League leaders Chiefs’ final PSL game before the Christmas break is against Maritzburg at Harry Gwala Stadium on December 22.