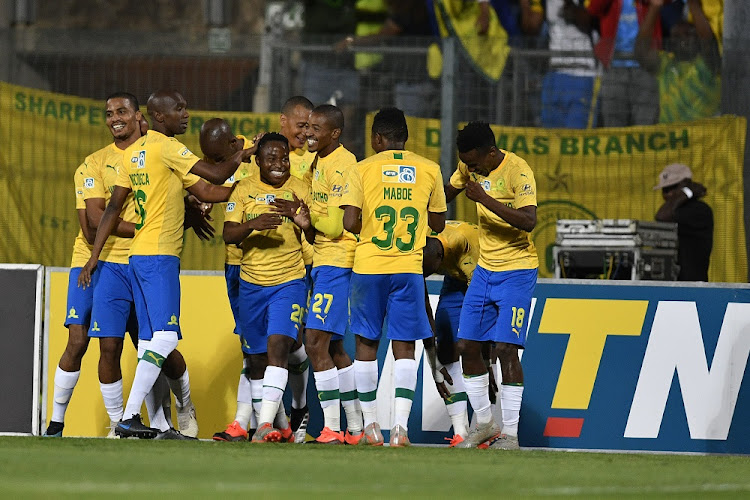 Mamelodi Sundowns and BidVest Wits will fly the South African flag on the continent this weekend with difficult away trips in their respective competitions that have put both under pressure on the domestic front.

While Absa Premiership leaders Kaizer Chiefs have a home league fixture against Bloemfontein Celtic and could potentially stretch their already massive lead to 13 points‚ two of their title rivals have arduous journeys to sap the energy.

Sundowns’ trip to Morocco to meet Wydad Casablanca on Saturday will be their 23rd game of the campaign already‚ while Chiefs have only featured in 15.

It is part of a run of six games in 21 days for Sundowns‚ which includes two trips to North Africa‚ and two very tough opponents.

There is also the matter of a Telkom Knockout final against Maritzburg United in Durban on Dec. 14.

For Sundowns coach Pitso Mosimane‚ the tip to Wydad is both mentally and physically draining for his players‚ especially as they have lost all four of their previous visits since 2017 to what is becoming a difficult challenge for both him and the club.

“It’s a big one‚ I just cannot crack it there. It’s tough there‚ we haven’t won or drawn against them there. We will try again‚” Mosimane said this week.

“Maybe this time we can do it. They are stubborn‚ it’s the Champions League [which] they know how to play and they are very experienced. If you win away against this team you’ve done yourself a big job.

“We have big games now‚ we are going to Casablanca‚ then Algeria [to face USM Alger]‚ we play the final [of the Telkom Knockout against Maritzburg United] then Wits [in the Absa Premiership].

"Those are big games.”

Wits also have a tough road trip to Mali to meet Djibola in the CAF Confederation Cup on Sunday.

Their difficult road home has forced them to move their Absa Premiership clash against Lamontville Golden Arrows‚ originally scheduled for Wednesday‚ back 24 hours to Thursday.

Wits have only played eight league games this season‚ five less than second-placed SuperSport United‚ which will mean a hectic period of catch-up in the second half of the campaign that will test the depth of Gavin Hunt’s squad.

Wits have not traditionally been happy travelers in the Confederation Cup.

They have lost six of their nine games on the road‚ including unlikely losses to Sainte-Marienne (Reunion)‚ Royal Leopards and Young Buffaloes (both Eswatini)‚ and AS Adema (Madagascar).