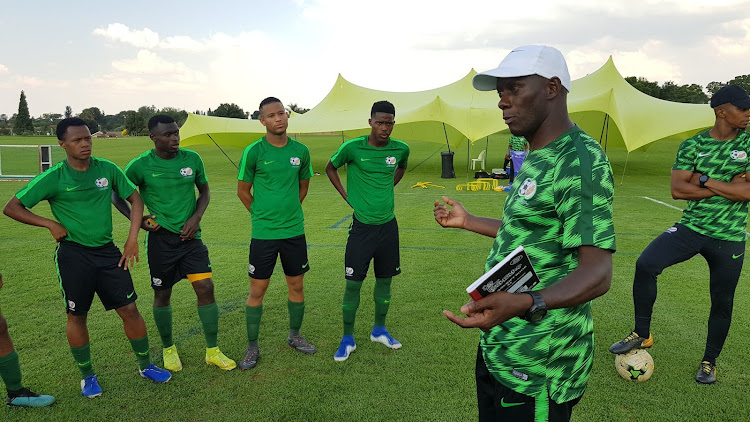 Two goals from SuperSport United youngster Oswin Appollis eased South Africa to a comfortable start at the 2019 Cosafa Men’s Under-20 Championship as they defeated Mauritius 5-0 at Sunset Stadium in Lusaka‚ Zambia on Thursday.

Early goals from Sinenjongo Mkiva and Keagan Mitchell‚ and a second-half brace from Appollis‚ along with a late goal from Athenkosi Mcaba‚ gave the defending champions a winning start to the tournament they won in both 2017 and 2018.

This year they have a new coach in former Bafana Bafana winger Helman Mkhalele‚ and a completely new squad as they build towards qualifying for the 2021 Africa Under-20 Cup of Nations and the U-20 World Cup that year.

The likes of new SuperSport starlet Appollis‚ and the impressive Bidvest Wits quartet of Mkiva‚ Mitchell‚ Lancaster Human and Mcaba also got the nod from the start.

Mohammed Shahabodien‚ a product of the Stars of Africa Academy and a regular with the U-17 national team‚ took his place in the midfield.

South Africa had defeated Mauritius 5-0 in their opening game of last year’s tournament and produced the same scoreline this time round as they made a fast start to the match.

They opened the scoring inside 10 minutes. Rahim Milazi’s nifty footwork on the left-hand side saw him beat two defenders before squaring for Mkiva to score with a simple tap-in.

The second came two minutes later when Mitchell turned his defender superbly before finishing low into the bottom corner.

Mauritius almost pulled one back as Yannick Aristide got onto the end of a free-kick‚ but his flicked effort with the head came back off the crossbar.

There was little to enthuse over until the 73rd minute when Appollis‚ who recently made his SuperSport first team debut‚ crashed in a shot from 15-yards following a poor clearance by the Mauritian defence.

Appollis added a second as he cut through a big gap in the Mauritian defence and with only Christophe Louis to beat in the islanders’ goal‚ showed great composure to finish.

Mcaba put the cherry on top with a goal in injury time as he turned and blasted the ball into the back of the net.

South Africa are next in action on Sunday when they tackle Madagascar in what could be the crucial match in the pool‚ before a meeting with Lesotho in their final pool game on Tuesday.

Only the top team in each of the three groups advances to the semifinals‚ along with the best runner-up.

Chippa United goalkeeper Veli Mothwa has made a return to Premier Soccer League action for the first time in three years and his introduction has ...
Sport
2 years ago
Next Article