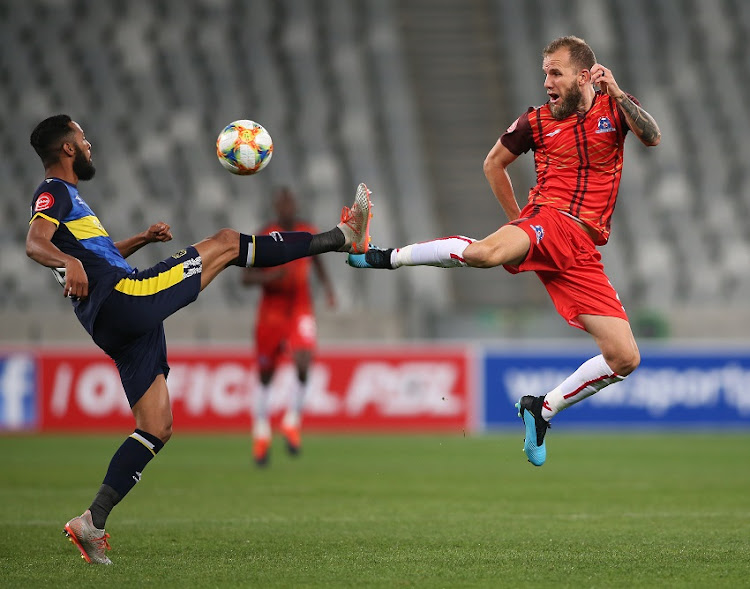 Kadodia told SowtanLIVE that Brockie‚ who joined Maritzburg from Sundowns on loan in June‚ is not eligible to play against his mother side at the Moses Mabhida Stadium in Durban because of the terms of his loan agreement.

Brockie‚ who struggled to command a regular place in coach Pitso Mosimane’s team since he arrived from SuperSport United‚ missed Sundowns’ 2-1 Absa Premiership win over Maritzburg in September for similar reasons.

“He can't play in the final‚” Kadodia said.

“All parties knew beforehand the terms of the agreement with which we took him on loan.

"And of course nothing changes when you get to a final against Sundowns. So there is nothing that we have to regret about it.”

Mosimane said last week he was not concerned about whether Brockie would be available play against Sundowns or not.

"I am not saying that I am promoting it but I really don’t care that much‚” said Mosimane last week.

“All these players have scored against us and we pay them.

“As a person‚ I don’t say this one must play or that one must not play because I don’t have the right.

"There are a lot questions around those things‚ you can ask why have we done it before. But really guys‚ do you want to make an issue about this thing‚ I don’t think so.

"I don’t want to go deeper into whether Maritzburg is lining him up ahead of Judas Moseamedi‚ who fixed things for the final.”