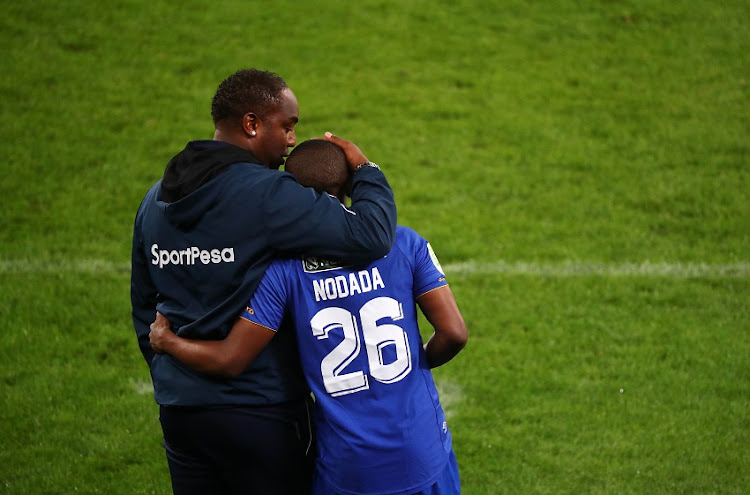 Thabo Nodada admits it took him a week to get over the shock and upset of losing Benni McCarthy as coach of Cape Town City.

“The first week or so I had to first deal with the emotions because the coach that played a very vital role in where I am today‚” he explained as City prepared for Saturday’s premiership outing against bottom-placed Chippa United at Athlone Stadium.

It will be the third game in charge for new Dutch coach Jan Olde Reikerink‚ who replaced McCarthy after his firing last month.

Nodada has already been earmarked as City’s key player by Olde Reikerink‚ who has described the diminutive midfielder as a fabulous talent.

But Nodada says it took time to adjust after the change of boss.

“He’s the head coach now and what he says goes.

“In the past two weeks I feel like we’ve come a long way already.

"We’ve done a lot of work and‚ at times‚ you could see it in the matches where we play phases‚ where we understand what’s going on.

“We are in transition.

"We’ve had two draws in our last two games‚ where I think we’ve had chances to take the wins‚ so it’s all positive from here and it will click‚” he promised.

City‚ with just two wins all season‚ have played two goalless draws in their last two games under Olde Reikerink.

Chippa will be a tough proposition‚ added Nodada.

“Games like that are always tough because the situation that they are in is the same situation that we are in. It’s going to be a dog fight on a smaller pitch‚” he said of the switch of the game to Athlone while the Cape Town Stadium is being used for rugby sevens.