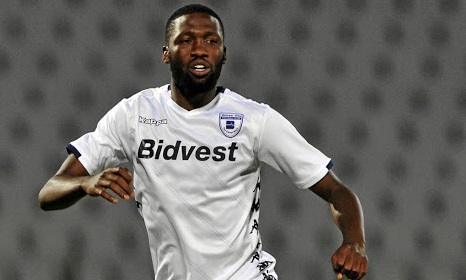 Bidvest Wits' participation in the CAF Confederation Cup this season will go a long way in benefiting Bafana Bafana.

This is the sentiment from Wits and Bafana defender Buhle Mkhwanazi. For the first time in their history, the Students managed to qualify for the group stages of the Confed Cup, having fallen in the preliminary round in past seasons.

"Yes, you need to have players playing continental club tournaments to have a strong national team. Playing the Confed Cup is very important to us as Wits, but more than anything it will toughen us up as individuals," said Mkhwanazi, who has represented Bafana 11 times.

The Clever Boys' duo of left-back Sifiso Hlanti and skipper Thulani Hlatshwayo, who partners Mkhwanazi at the heart of defence, are also Bafana regulars.

"Playing in Africa is nice, it's competitive. It's not easy, though, but as a player you know that you need such games to improve your level, so that you can see how far you can go in terms of your ability and your overall career," said Mkhwanazi.

Bidvest Wits coach Gavin Hunt has suggested the Clever Boys are still wet behind the ears when it comes to continental football.
Sport
2 years ago

Wits are in Group C, alongside Horoya Athletic Club (Guinea), Djoliba (Mali) and Al-Nasr (Libya). Both opening matches of this pool ended in draws, hence all the teams are level on a single point.

Wits played out to a goalless stalemate against Horoya at Dobsonville Stadium last Sunday, while the Al-Nasr-Djoliba tie produced a 1-all outcome.

The 29-year-old Mkhwanazi, who was born in Bloemfontein, outlined the difference between competing on the continent and playing in the domestic league.

"It's very different from our league [the Absa Premiership]. Our league isn't that physical, so going into this type of tournaments you need to change your mentally and the whole concept... the approach changes," said Mkhwanazi.

"[Playing in the CAF competitions] is a great opportunity for any player. It's been a wonderful experience for me to be part of this journey."

Wits' next match in the Confed Cup is away to Djoliba on Sunday (6pm SA time).

The ABSA premiership season may be three matches away from the halfway mark but BidVest Wits coach Gavin Hunt says the league title might as be ...
Sport
2 years ago

Mamelodi Sundowns are about to begin the treacherous CAF Champions League journey that will be so demanding this year that they will spend Christmas ...
Sport
2 years ago