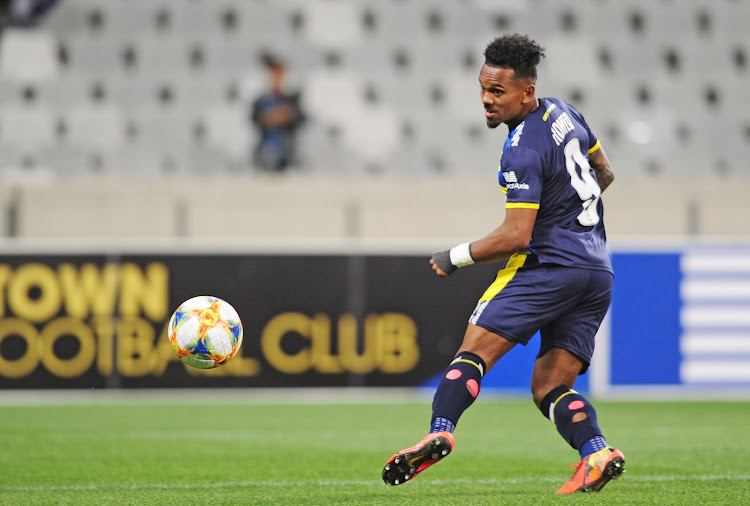 Cape Town City are sweating on the fitness of top goal scorer Kermit Erasmus before the weekend’s meeting with Chippa United as they look for answers to their drastic drop in form.

A top four finish last season has been followed by a wretched campaign that has seen City win just twice in 13 league games‚ concede the most number of goals and sit precariously above the relegation places.

Ordinarily‚ a home meeting with the last placed team would be considered a safe bet by the club but Erasmus’ potential absence makes Saturday’s meeting with Chippa at the Athlone Stadium a precarious one indeed.

Erasmus is battling with a left hamstring injury that caused him to miss last Wednesday’s goalless draw with Bloemfontein Celtic.

But he did return for Saturday’s home clash against Highlands Park‚ but had to go off after just 17 minutes when the injury flared up again at the end of a sprint towards goal.

“I’m not sure whether he will make it for Saturday but I don’t think so‚” said Olde Riekerink.

Chippa is an unknown quantity for the new coach‚ inexperienced in the wiles of South African football.

“You always start with your own team and what are the qualities‚ and what can you improve and not immediately the opponent.

“But we have to adapt to the way they will play and the opportunities they might present us‚” he added.

“We have had time to evaluate Saturday’s performance and maybe the best preparation for the game ahead‚ is that we learn from what went wrong before.”